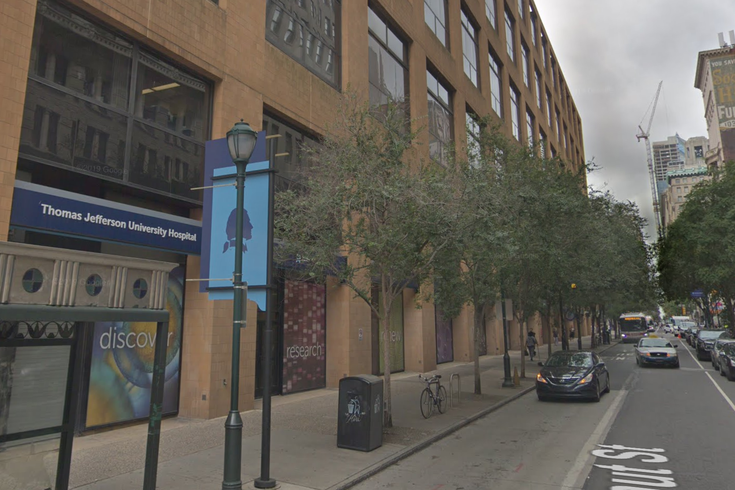 The view from 10th & Chestnut, where a car hit pedestrians and another vehicle on Friday, injuring multiple people.

UPDATE, 8:15 p.m.: Three people are now listed in critical condition, according to the hospital. Three other patients are listed in fair condition.

The incident happened at 10th and Sansom streets just after 4:00.

According to a statement from the hospital, Jefferson received six patients from the accident late this afternoon. As of 5:20pm, two patients are listed in serious condition, one patient is in fair condition, and three patients are being evaluated.

Serious accident near Jefferson Hospital sends numerous people to the hospital, including a child. A vehicle jumped the curb during the crash. pic.twitter.com/SgtDO8j5BI

A child reportedly was taken to Children's Hospital of Philadelphia, with "unstable vital signs", 6ABC reported.

One Twitter user captured the scene after the crash:

It was unclear Friday evening what had caused the crash.