The renowned children's book illustrator, who died at 84 last year, was from Philadelphia 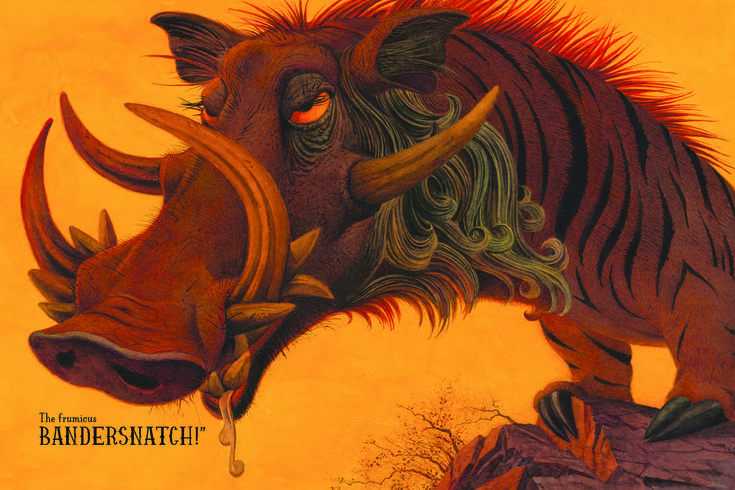 Pictured above is Charles Santore's depiction of the 'frumious bandersnatch' from 'Jabberwocky.' His artwork is featured in the new, illustrated book of Lewis Carroll’s nonsensical poem.

The renowned illustrator Charles Santore, who was from Philadelphia, has one last gift for fans of his artistic skills.

Santore died in August 2019 in Philly at age 84, leaving his illustrations for a new edition of Lewis Carroll's "Jabberwocky" as his final completed work.

The book featuring the famous nonsensical poem by the "Alice's Adventures in Wonderland" author alongside Santore's artwork goes on sale Tuesday, Aug. 25.

RELATED: Philly's Jacqueline City is one to watch in the fashion world | James Bond has a Philadelphia connection that may surprise you

Santore, a graduate of the Philadelphia Museum School of Art, which is now the University of the Arts, first became famous for his portraits of TV stars for the cover of "TV Guide," but since 1986 he worked as a children's book illustrator, beginning with Beatrix Potter's "The Classic Tale of Peter Rabbit."

In 2018, Philadelphia's Woodmere Art Museum held a retrospective of his art. His work is also included in collections at the Brandywine River Museum of Art in Chadds Ford and the Free Library of Philadelphia.

In the new edition of "Jabberwocky," each illustrated page is a full painting by Santore and at the end of the book there is fold-out spread that depicts the grand finale of the poem.

Both Amazon and Barnes & Noble currently have the book available for pre-order. Other places to buy are included on the Running Press website.