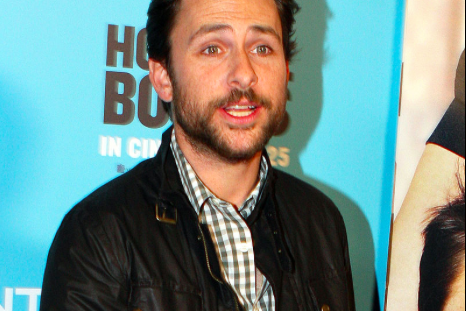 One of the great things about cartoons is that the characters, for the most part, are always wearing the exact same outfit. It helps elevate and solidify them in the public consciousness. Doug Funnie's closet contained multiple matching outfits and literally nothing else.

Charlie Day is apparently a live-action cartoon character in the form of Charlie Kelly.

In an Instagram post on Thursday, the "It's Always Sunny in Philadelphia" star shared a photo of a pair of sneakers he bought in 2004 and has been wearing on the set through 12 seasons.

The shoes, identified by Sneaker News as "Vans Sk8-Hi," could actually be in much worse shape than they are considering the length of time they've been around.

An examination of the "Always Sunny" wiki reveals that Charlie's shoes appear in all but three episodes through the course of the long-running FXX series.

Charlie's also exceptionally protective of these kicks. In Season 7's  "Thunder Gun Express," he races through a sewer with Dee to get to a film screening. Dee's shoe gets stuck, but Charlie leaves her behind because he's concerned her big feet will stretch out his sneakers.

Come to think of it, they probably smell a lot worse than they look.