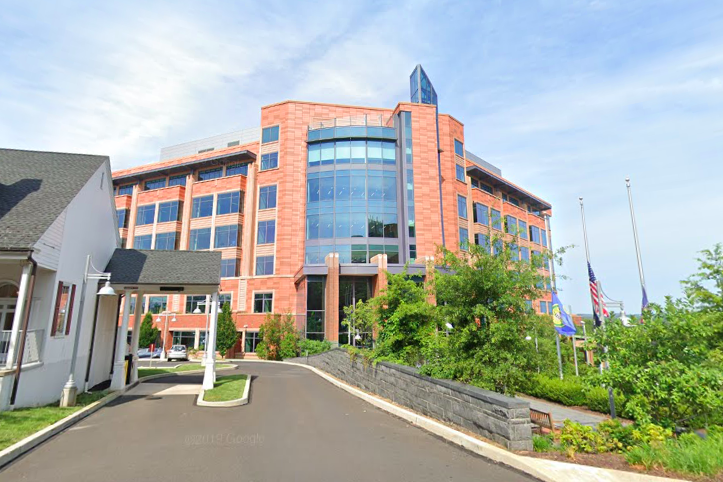 In March, Bucks County prosecutors accused Raffaela Spone, 50, of creating 'deep fake' images and videos that targeted members of her daughter's Victory Vipers cheerleading squad in Doylestown. Investigators conceded in court Friday that the images may not have been doctored, but Spone is still charged with harassing three teens.

The Bucks County woman charged with harassing three girls on her daughter's cheerleading squad may not have doctored "deep fake" photos and videos in order to smear the teens' reputations, prosecutors admitted Friday during a preliminary hearing.

In March, the district attorney's office made international news in charging 50-year-old Raffaela Spone, who was accused of using software to alter footage of at least one teen to make it appear as if she had been vaping, a transgression that resulted in discipline for the girl. Also one photo allegedly had been manipulated to show one of the minor victims unclothed in a public place.

Evidence of the video and photos being doctored is no longer clear, District Attorney Matthew Weintraub said Friday, although Spone will still be tried for allegedly harassing the girls via text messages and phone calls from disguised phone numbers.

"While investigators originally believed at least one video showed evidence of the use of so-called deep-fake face-replacement technology, police are at this point unable to confirm the video evidence was falsified," the D.A.'s office said.

Spone is accused of targeting girls on the Victory Vipers traveling cheer squad based in Doylestown who were her daughter's teammates, investigators said. The pattern allegedly began last year.

The situation first came to the attention of Hilltown Township police when the mother of one of the girls reported that her daughter had received harassing texts and calls from an unknown phone number.

Two other parents came forward to police in December to report that their daughters had been targeted with similar calls and texts, along with images depicting them in compromising situation that the girls claimed never happened. Some of the photos were labeled with cruel captions, the parents said.

According to investigators, Spone allegedly used several different phone numbers to contact the girls and the cheerleading gym, with the goal of getting the girls kicked off the team.

One of the girls told investigators that Spone allegedly had told her, "You should kill yourself."

“The D.A. held a press conference in March where he told the press this was about Mrs. Spone using deep fake technology to target these alleged victims. He also stated that they had voice messages that stated that the girls should 'kill themselves,'" Birch said. "He caused an international fury over this when he knew that there was no such evidence."

But the question of an altered video and photo — which Spone denied doing when first charged — is now in doubt.

"While the original assessment that some of the evidence was created by media manipulation may not end up being accurate, a neutral finder of fact will ultimately have the opportunity to determine if the evidence in this case shows Ms. Spone sent photos, videos and texts designed to harass three innocent children," Weintraub said.

Spone is charged with three counts each of cyber harassment of a child and harassment. Both offenses are misdemeanors.

"Harassment is a crime. It is illegal for an adult to harass a child," Weintraub said. "Pennsylvania law does not permit an adult to repeatedly and anonymously annoy, alarm or harass someone."

The D.A.'s office said all digital forensic evidence has now been made available to Spone's legal team for review, but Birch said he has not been given access to Spone's phone. He said a motion he has filed to obtain this evidence will be heard in Bucks County Common Pleas Court on June 9.

"We remain committed to the fairness and integrity of the criminal process, which includes protecting both the rights of the victims and those of the accused," Weintraub said.