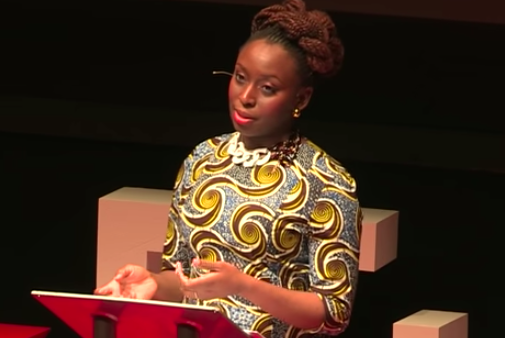 Adichie, 42, is an acclaimed author known for her 2014 TED talk "We Should All Be Feminists," that was made into a book and featured on the Beyonce song "Flawless." She will give the 264th Penn commencement address on May 18.

The University of Pennsylvania announced Tuesday that author Chimamanda Ngozi Adichie will be the 2020 Commencement speaker.

Adichie, 42, is an acclaimed author known for her 2014 TED talk "We Should All Be Feminists," that was made into a book and featured on the Beyonce song "Flawless." Her works "Americanah," "Half a Yellow Sun," and "Purple Hibiscus" have also received high literary awards such as the U.S. National Book Critics Circle Award and the Orange Prize.

Nigerian-born Adichie will be the first Black woman speaker to deliver the Penn commencement address since 1978. Some are praising the move as one of increased diversity. Since the 1940's, less than half of the speakers have been women, The Daily Pennsylvanian pointed out.

Both of Adichie's parents worked at the University of Nigeria while she was growing up. Adichie herself once attended Philadelphia's Drexel for her undergrad after moving from Enugu, Nigeria where she was born. She transferred and graduated from Eastern Connecticut State University, then received graduate degrees from Johns Hopkins and Yale.

"We teach girls to shrink themselves, to make themselves smaller," Adichie says in her TED Talk and Beyonce song feature. "We say to girls: You can have ambition, but not too much. You should aim to be successful, but not too successful, otherwise, you will threaten the man."

The 264th Penn Commencement will take place on May 18.