Alone on Valentine's Day? Here are 14 of the best romantic comedies for single ladies 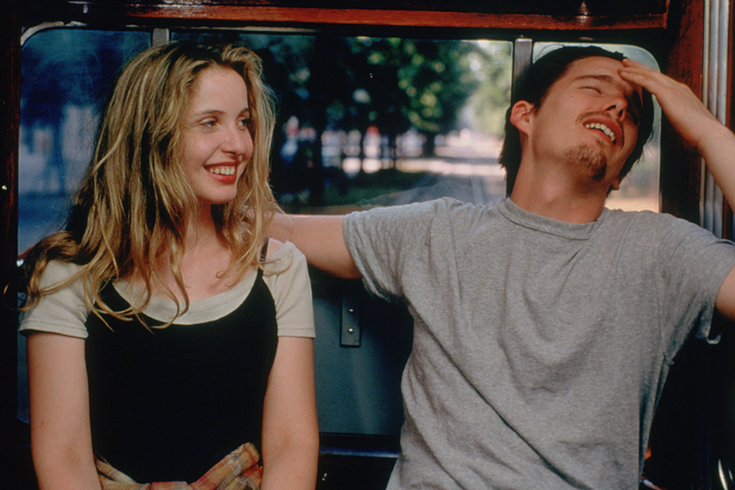 Just because it's Valentine's Day, it doesn't mean you have to go out with someone. In fact, there's nothing wrong with staying in and indulging in a little self-care. With everything from 'Clueless' to 'Mermaids' to 'Before Sunrise,' here's a list of the 14 best romantic comedies for single women.

The pressure to get a date on Valentine's Day is real, but it doesn't have to be spent with a partner or some random person you met on a random dating app.

Sure, the holiday celebrates love, marriage and even fertility ... but lest we forget that you can't love another if you don't love yourself?

The day can be so much better when you remove the pressure of impressing someone and just hone in on what you want anyway. Whether you're coming out of a relationship, not looking for a partner, or just have a partner currently out of town — spend a little time on you!

Give in to a little self-care for a night at home: chocolate, flowers, an expensive wine, maybe even a bath with your favorite bath bomb. Whatever. You. Want. Though surely a night-in isn't complete without a rom-com to set the mood.

We compiled a list of 14 classic romantic comedies (in no particular order) to help you embrace your singledom. Of course, they're about relationships, but the characters in these movies know — or at least learn to know — that independence is key and finding a partner is only one half of the equation.

"Under the Tuscan Sun"

Frances Manes (Diane Lane) is a book reviewer who finds out her husband is cheating on her. After going through a brutal divorce, she takes a trip to Tuscany in Italy, where she spontaneously buys a home and begins a new life re-discovering herself.

Harry Burns (Billy Crystal) and Sally Albright (Meg Ryan) didn't exactly like each other when they first met, but 10 years later the two strike up a friendship following a devastating breakup and divorce for both of them.

If there's one thing Nora Ephron knows how to do, it's how to write a romantic comedy. Kathleen Kelly (Meg Ryan) is an independent bookstore owner with a disdain for Joe Fox (Tom Hanks), a corporate bookseller who opens a store just blocks away from Kelly's shop. Unbeknownst to them, the two develop a friendship over email.

Based on William Shakespeare's "The Taming of the Shrew," Bianca (Larisa Oleyink) can't date unless her older sister Kat (Julia Stiles) also dates, thanks to a family rule. Unfortunately for Bianca, Kat is a bit abrasive and doesn't care too much about dating. An elaborate plan is concocted to make Kat fall in love Patrick Verona (Heath Ledger), but the plan begins to fall apart when Patrick starts falling for her.

Lelaina (Winona Ryder) and her group of friends (Ethan Hawke, Janeane Garofalo, Steve Zahn) are only beginning to understand how to navigate life after college in the early '90s. When Lelaina becomes involved with business man Michael (Ben Stiller), her on-again-off-again flame Troy (Hawke) isn't so keen.

While traveling by train to Vienna, Jesse (Ethan Hawke) meets Celine (Julie Delpy) and convinces her to get off the train with him. The two spend a night roaming about the city and having lengthy discussions about life. As morning nears, they try to come to terms with saying goodbye.

While this classic film starring Winona Ryder, Cher and Christina Ricci is more of a coming-of-age story, it undoubtedly has romantic comedy aspects to it. Charlotte (Ryder) is tired of moving from town to town, which her mother (Cher) often does after a bad breakup. In her attempt to rebel against her carefree mother, she dreams of becoming a nun ... until she meets Joe (Michael Schoeffling), that is.

Cher (Alicia Silverstone) may be a rich and shallow popular girl in Beverly Hills, but she's also incredibly resourceful. She and her friend Dionne (Stacey Dash) attempt to make over new student Tai (Brittany Murphy), but after things go array, Cher begins to question her motives. (Also, I don't think I have to remind of the wardrobe ... but the wardrobe.)

Bridget Jones (Renee Zellweger) is a single, 32-year-old woman who tries to take control of her life by quitting smoking, losing weight and finding the right guy. Through her misadventures, she becomes torn between two men: Mark Darcy (Colin Firth) and playboy Daniel Cleaver (Hugh Grant).

Annie (Kristin Wiig) is single and barely keeping it together when her friend, Lillian (Maya Rudolph) tells her she's getting married. Annie, serving as the maid of honor, navigates wedding planning and rivalry while trying to come to terms with her frustrations and bitterness.

Elle Woods (Reese Witherspoon) wants nothing more than to marry to her longtime boyfriend Warner Huntington III (Matthew Davis) ... but he has other plans. Following their brutal breakup, Elle decides to attend Harvard Law School in an effort win him back, but as it turns out, Harvard was better suited for her than him.

Tom (Joseph Gordon-Levitt) recounts his relationship with Summer (Zooey Deschanel), from the good times to the bad times, as he learns to move on with his life and find what makes him happy.  The main character may not be a woman, but this story is a good one for anyone, especially those facing the aftermath of a breakup.

Three divorcees (Bette Midler, Goldie Hawn and Diane Keaton) reignite their friendship after a mutual friend commits suicide following her divorce. All three begin to realize that their exes took advantage of them and make a pact to get them each back.

Julianne Potter (Julia Roberts) and Michael O'Neal (Dermot Mulroney) made a pact they would get married if neither of them had found someone else by the time they turned 28. Well, Michael is getting married ... and Julianne is not. She attempts to thwart his union with fiancee Kimberly (Cameron Diaz), but begins to realize the problem isn't her.