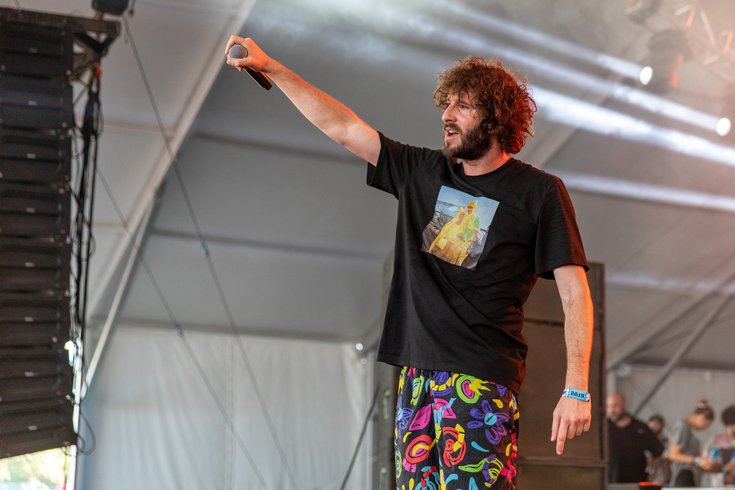 Rapper Lil Dicky (Dave Burd) stars in the new FXX series 'Dave.' In the show, Lil Dicky plays a fictionalized version of himself trying to become a big-name hip-hop star.

Home of "It's Always Sunny in Philadelphia," FXX is getting a new show with local interest.

Lil Dicky, the rapper and comedian from Cheltenham Township in Montgomery County, is bringing his talents to TV with a series produced by fellow comedian and Philly native, Kevin Hart.

The series, dubbed "Dave" because Lil Dicky's real name is Dave Burd, will premiere on Wednesday, March 4 – and the first trailer for the comedy from FX Networks is finally here.

In the show, Lil Dicky spoofs himself by playing a guy who believes he's going to be one of the greatest rappers ever and will do whatever it takes to make that happen.

Justin Bieber makes a brief appearance in the trailer, but that probably won't be the only big-name cameo in "Dave."

For his 2019 song "Earth," Lil Dicky worked with more than 30 celebs, including the Biebs, Ed Sheeran and Ariana Grande. Philadelphia 76ers' Joel Embiid even sang a line.

You can watch the joke-filled trailer for "Dave" below.