January 21 is the big day for early access pass holders 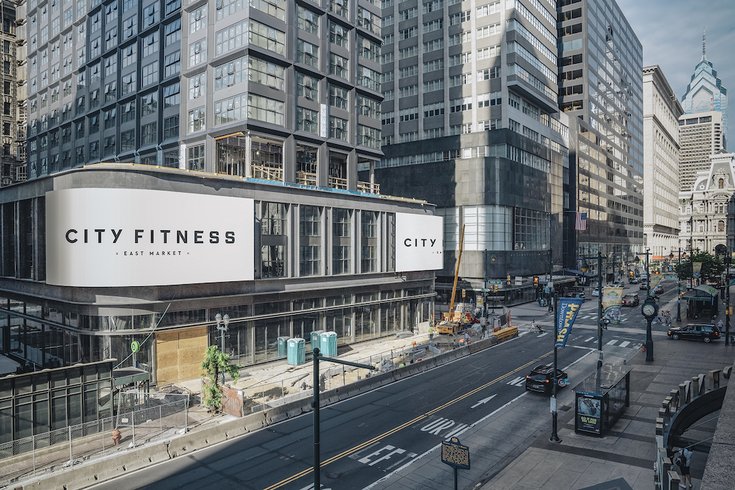 City Fitness East Market will be opening on January 21, 2019.

City Fitness is a top contender in the local gym scene, especially due to the company's dedication to making each location reflective of its own neighborhood. From trendy spaces to top-notch fitness equipment and trainers, a membership at this local chain is a worthwhile investment for our city's urbanites.

Due to City Fitness's popularity, the company continues to grow. Locations can be found all over the city – from South Philly to Graduate Hospital, Fishtown, Logan Square and Northern Liberties.

In May 2017, City Fitness announced it would add a new location to mix in the developing East Market neighborhood.

RELATED READ: Put 'em up: The boxing gym boom has landed in Philadelphia

The 26,000-square-foot fitness club — boasting impressive 30-foot windows overlooking Market Street — occupies the entire second floor of the building at 12th and Market streets. The gym was originally slated to open in September, but some unforeseen HVAC issues delayed the opening, an issue which the company has been very open and honest about (which only adds to the gym's coolness):

NEW YEAR’S RESOLUTION: Don’t fumble a gym opening like this again. City Fitness East Market will open to early access passholders on Monday, January 21. We did everything we could to make it happen by New Year’s Day. We hounded the professionals managing the construction project. We brought in new ones. We offered to hang drywall ourselves. This is as fast as we could turn this 36,000-square-foot space into a gym after the unexpected problems with HVAC threw construction off track this summer. If you need to join a different gym in January to get started on your goals, we totally get it. To those of you who signed up for an early access pass, check your email for more info. To everyone else: We’ll see you in February. Thank you, all of you, for hanging in there. 23 DAYS AND COUNTING. _ 📷: @o__s__k__a__r

Now, close to four months after the City Fitness East Market's planned opening date, the gym has officially announced the opening: For members who signed up for an early access pass, the gym will be open on January 21.

City Fitness East Market is at 12th and Market, but trust us, you won't be able to miss it — just look for the huge "City Fitness" sign amidst the flashing screens.