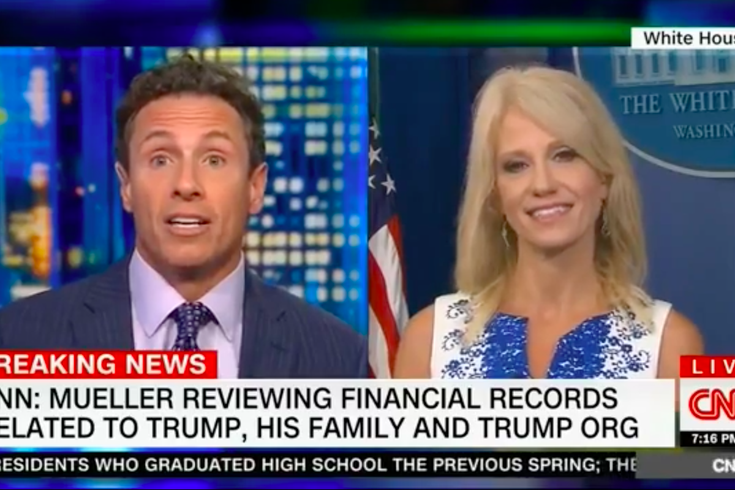 CNN anchor Chris Cuomo and Counselor to the President Kellyanne Conway publicly butted heads over possible ties between Donald Trump's campaign and the Russian government during a Thursday evening interview.

Conway called the investigation a "fishing expedition" and criticized the media's coverage on possible Russian ties.

“You know we try to cover everything that matters,” Cuomo said.

“Eh,” Conway said, later adding that she "appreciates" the fact they try to cover all issues, but that she "respectfully disagrees."

Cuomo and Conway debated the motives behind Trump Jr.'s meeting when the interview became impassionated between both parties.

“This investigation is not about Russian interference, you know that, right?" Conway said.

“I think it is exactly about that. I think one of the reasons that this meeting is so troubling is because what the president had called a ‘hoax’ and a ‘witch hunt’ is now demonstrably not that because Russian people reached out ― not like citizens, not like just good people from Russia ― but a lawyer with very specific contacts reached out to his son, with a solicitation of negative information about his political opponent, and then either duped him or whatever happened in the meeting happened. Shows it’s not a ‘witch hunt.’”

Conway brought up other issues that she felt deserved more coverage, to which Cuomo responded that coverage isn't an "either/or."

During a rally in West Virginia, Trump said that his campaign "didn't win because of Russia."

Watch the interview between Cuomo and Conway below.