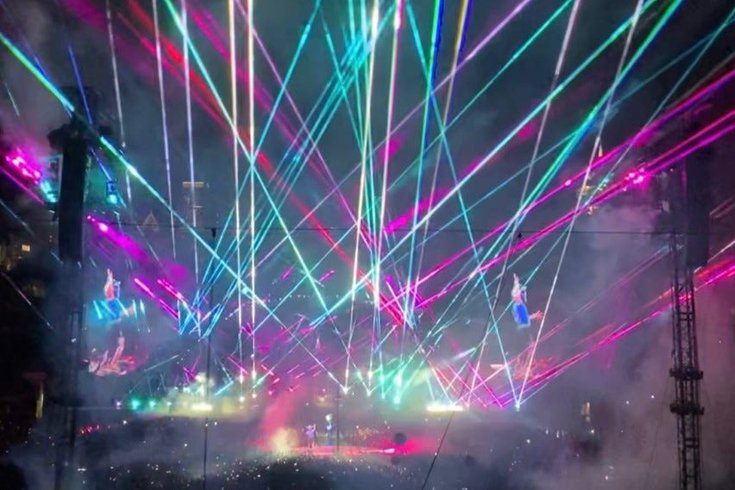 Coldplay performs at Soldier Field in Chicago on May 28. They made a stop in Philly Wednesday night.

Coldplay was in town Wednesday night. They packed the Linc, and at one point played the Eagles' iconic fight song "Fly Eagles Fly."

Love it! Chris Martin of @coldplay singing the @Eagles fight song during their show @LFFStadium. What a show! pic.twitter.com/yMPz7HT76w

Pretty cool, though I can't say I'm the biggest fan of the cover. A slow acoustic version of "Fly Eagles Fly" just ain't my cup of tea. Sorry, Chris Martin.

Granted, if there's any opportunity to do an Eagles chant, you know Philadelphia's gonna take it.

Loosely-related story time:  When I was 11, my mom took my cousin and I to a Dhani Jones autograph signing at the mall near our house.

I don't remember what led to it, but when it was our turn, he signed my football, looked at my mom and went "These kids listen to Coldplay?"

He told her to take us to the FYE downstairs and get us some Coldplay CDs.

We did not do that either.

Still have that football though.