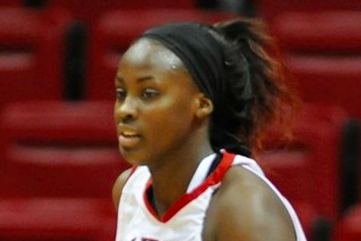 Shanice Clark, 21, of Toronto was found unresponsive in her apartment at Vulcan Village about 3 a.m. She was transported to Monongahela Valley Hospital in Monongahela, where attempts to revive her were unsuccessful and she was pronounced dead.

A Pennsylvania college student and basketball player died over the weekend after purportedly choking to death on chewing gum while asleep. 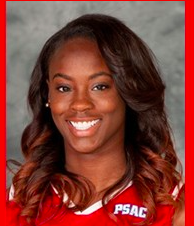 She was taken to Monongahela Valley Hospital, where she was later pronounced dead.

The Washington County Coroner’s Office conducted an autopsy on Monday - the results have yet to be released - however, local police told KDKA a preliminary report from medical personnel indicated that the death appeared to be accidental and caused by aspirating on chewing gum while sleeping.

An official investigation is underway.

Clark was a native of Toronto and had transferred to the Pennsylvania college after playing two years at Sante Fe College in Gainesville, Florida.

The 6-foot forward was redshirting this season after playing 24 games for the Vulcans last season.

The college’s athletic department released a statement expressing sympathy for her loved ones.

Games originally scheduled for Wednesday against Gannon University in Erie have been rescheduled for Thursday.