Thomas Jefferson continued its ascent up the annual list of the best universities in the country, jumping to No. 127. Two years ago, it was at No. 176 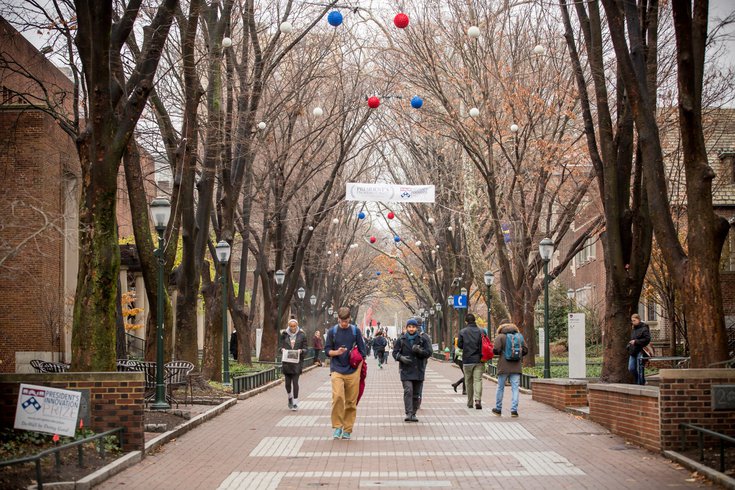 The University of Pennsylvania is No. 7 on the latest U.S. News & World Report best colleges rankings. Villanova University was the only other school from the Philadelphia region to make the top 100, at No. 51.

The University of Pennsylvania moved up slightly in U.S. News & World Report's latest rankings of the best colleges in the country, tying Johns Hopkins University for seventh.

Penn, which ranked No. 8 last year, was ranked 18th for best value, with a tuition of $63,452. The Ivy League university's Wharton School again topped the business programs. Its nursing program also ranked No. 1.

Princeton University topped the rankings for the fifth straight year.

Thomas Jefferson University, which tied Rutgers University Camden for No. 127, continued its ascent. Last year, Jefferson was ranked No. 148; two years ago, it was No. 176. La Salle University ranked No. 202.

Williams College in Williamstown, Massachusetts was named the best liberal arts college in the country. Haverford College and Bryn Mawr College also ranked among the top 50, at Nos. 18 and 31, respectively.

The rankings, which have been put out since 1983, are designed to help students identify the best institutions for their educational pursuits. The publication provides details on admission requirements, student-faculty ratios, tuition costs, financial aid and campus size.

U.S. News assesses more than 1,500 schools on 17 measures of academic quality, including graduation rates, faculty resources, financial resources and student success. Its analysis is the most prestigious of the various college rankings put out by media outlets, but the publication also has been criticized for overvaluing wealth, reputation and exclusivity.

Here's a look at the best universities in Pennsylvania, New Jersey and the nation, per U.S. News. For the state lists, the universities' overall rankings are in parentheses.

Last week, Princeton announced it will cover attendance costs for students with households that earn less than $100,000 annually. The Ivy League school also plans to provide greater financial aid to other students, too.