The Ivy League school is expanding its financial aid policy, which is expected to benefit more than 1,500 undergraduate students 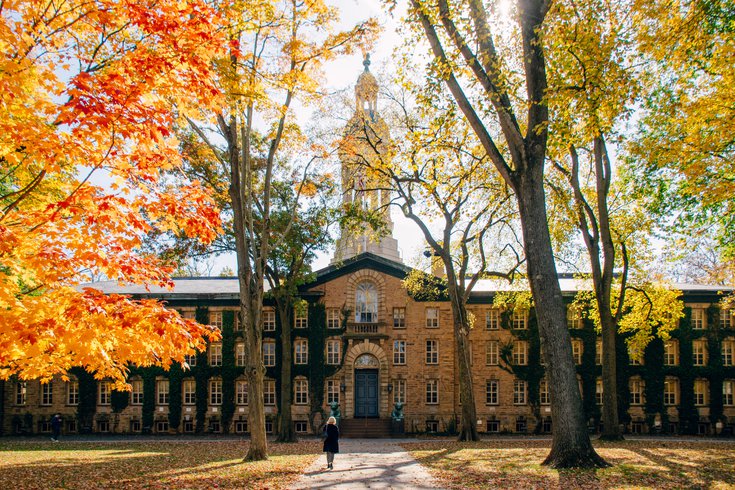 Princeton University will be free to attend for undergraduate students whose families earn less than $100,000 per year, the school announced in its new financial aid policy on Thursday.

Students whose families earn more than $100,000 per year will still benefit from increased financial aid awards. The university is expected to make additional enhancements to the school's aid policy in order to make Princeton more affordable for students and more attractive to prospective applicants.

The decision was largely made due to the rising cost of college and university tuition around the country, which has led to a downward trend in enrollment for many higher education institutions as families are unsure of whether to take on the considerable debt in order to send their child to a prestigious institution. Princeton has largely been able to avoid that trend, though its enrollment declined in 2020.

Previously, Princeton covered the cost of attendance for undergraduates whose household income was less than $65,000 per year. For those earning $65,000 to $95,000 per year, the expected family contribution was $8,500.

Princeton became one of the first colleges to remove student loans from its financial aid policy in 2001, and was followed suit by many other Ivy League schools, including the University of Pennsylvania. Since then, more than 10,000 Princeton students have utilized Princeton's financial aid, which is comprised of grants and scholarships that do not need to be repaid.

"One of Princeton's defining values is our commitment to ensure that talented students from all backgrounds cannot only afford a Princeton education but can flourish on our campus and in the world beyond it," said President Christopher L. Eisgruber. "These improvements to our aid packages, made possible by the sustained generosity of our alumni and friends, will enhance the experiences of students during their time at Princeton and their choices and impact after they graduate."

Starting in fall 2023, eligible students will no longer have to pay anything for tuition or room and board. Students will also be given $4,050 each school year for books and personal expenses. This aid is up from just $3,500 in previous years.

In addition, Princeton will make it possible for students with the highest financial need to bring two guests with them for first-year move-in and the commencement ceremony.

More than 1,500 students — 25% of the total undergraduate student body — are expected to directly benefit from the change. At full price, the cost of attending Princeton is almost $80,000, according to the university's website.

"President Eisgruber continues to emphasize Princeton's commitment to talented students from across the country and around the world," said Karen Richardson, dean of admission and financial aid. "The changes to our already generous financial aid policies will be an important part of the work that the Office of Admissions does to recruit students from various socioeconomic backgrounds, showing them that a Princeton education is an affordable education."

The decision comes just weeks after President Joe Biden announced that his Department of Education would forgive $10,000 worth of federal student loan debt per borrower earning less than $125,000 per year, and forgive $20,000 worth of student debt among those borrowers who received federal Pell grants while attending school.

Earlier this week, Princeton was ranked as the fourth best college in the United States by Forbes Magazine as part of its annual listing. It fell slightly from 2021, where it was listed at No. 3. It remains the highest-ranked university in New Jersey.