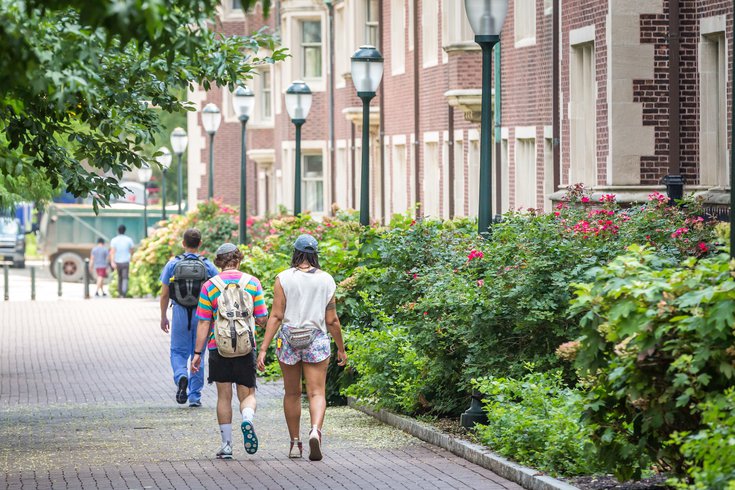 The University of Pennsylvania topped Forbes' annual rankings of best colleges in the state. However, it fell in the national rankings, from No. 9 to No. 10.

The University of Pennsylvania was once again named the top school on Forbes' annual list of the best colleges in the state, but it fell in the national rankings for the second year in a row.

Penn also came in at No. 10 among private universities, large schools, and urban campuses. It placed in the top 10 nationally for average grand aid award, and No. 8 for median 10-year salary for graduates. Swarthmore College in Delaware County continued its rank at No. 2. in the state, but rose slightly in national rankings to No. 38, up from No. 43 last year.

Other nearby colleges that made it to the top 100 schools in the country include Villanova University at No. 94 and Bryn Mawr College at No. 95.

Here are Forbes' top 10 colleges in Pennsylvania with their national ranking in parentheses.

Princeton University once again topped the statewide list in New Jersey, but dropped in the national rankings, coming in at No. 4. Only the University of California, Berkeley; Stanford University and the Massachusetts Institute of Technology ranked higher.

The majority of top-ranking colleges in New Jersey are in the central and northern portions of the state, though there are a handful of South Jersey schools. The top-ranked schools in the region include Rutgers-Camden at No. 245 and Rowan University at No. 254.

Here are Forbes' top 10 colleges in New Jersey with their national ranking in parentheses.

The Massachusetts Institute of Technology was named the top school in the country. Last year, the University of California, Berkeley, held the top spot, making it the first public college to do so. From 2017 through 2019, Harvard University was No. 1, but it has since fallen to No. 15, largely due to its retention rate and low percentage of Pell Grant recipients.

Forbes' ranking methodology focuses on alumni salary, student debt, return on investment, graduation rate, retention and academic success among the 500 schools that are included in the list each year.

U.S. News and World Report's annual ranking of the best colleges in the United States is set to be released on Monday, Sept. 12, just in time for students across the country to begin the college application process. Last year's results, which were released in September of 2021, placed Penn at No. 8 in the country. Princeton was ranked first.

Compared with Forbes' list, U.S. News and World Report's 2021 ranking places many Philadelphia colleges higher. Drexel and Temple both ranked at No. 103, while Thomas Jefferson University came in at No. 148. Villanova was also ranked higher, at No. 49.