Princeton University was rated the No. 1 national university for the fourth consecutive year 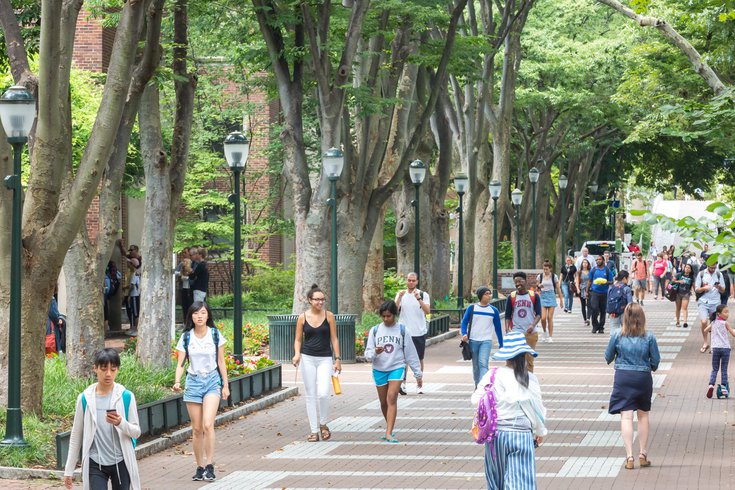 The University of Pennsylvania's No. 8 rank in the country in U.S. New & World Report's 2022 college rankings was bolstered by the Wharton School, which was No. 1 again for business programs, and Penn Nursing, which was named the best nursing program in the U.S.

Penn ranked No. 8 among national universities for a second straight year. The Ivy League university's Wharton School was No. 1 once again among business programs, while Penn Nursing was named the best nursing program in the U.S. this year. Penn also moved up three spots to No. 14 among best value schools.

Villanova University and Lehigh University, tied at 49th, were the only other schools in the region in the top 100 in the new rankings. Villanova moved up from No. 53 in 2021 list. Lehigh and Villanova also were tied with Ohio State, Purdue, Pepperdine and Northeastern.

Drexel University, which had been at No. 133 last year, and Temple University both came in at No. 103. Thomas Jefferson University jumped from No. 176 to No. 148 this year.

Here are the top 10 national universities in Pennsylvania on the 2022 rankings. Each school's overall ranking in parentheses.

Princeton University was named the top national university in the U.S. for a fourth year in a row by the publication. The Ivy League university finished in the top 5 among best value schools, best undergraduate teaching and best colleges for veterans.

The highest ranked colleges in South Jersey were Rutgers-Camden and Rowan University. Here are the top national universities in New Jersey, according to U.S. News.

Swarthmore College ranked No. 3 among national liberal arts colleges. The Delaware County college climbed to No. 2 among best value schools and No. 4 for best undergraduate teaching.

Haverford College and Bryn Mawr College each fell slightly this year to No. 16 and No. 30, respectively, from their previous spots at No. 15 and No. 28 among national liberal arts schools. Both rated in the top 15 this year for best undergraduate teaching.

Here are the top 10 liberal arts colleges in Pennsylvania according to the 2022 list.