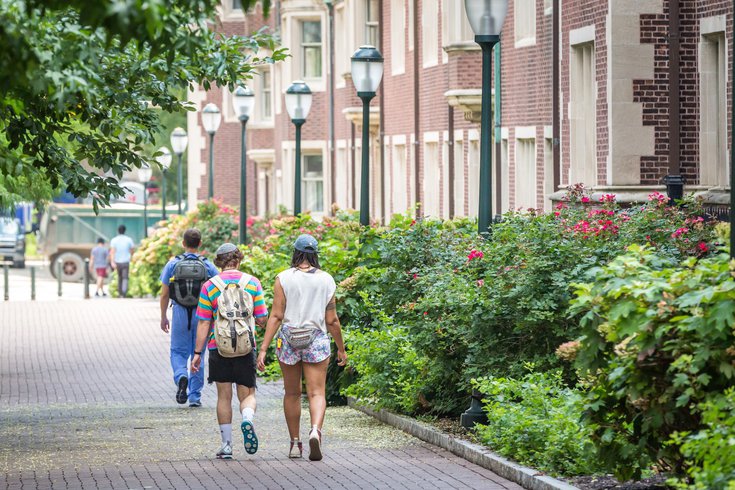 The University of Pennsylvania dropped from No. 6 to No. 9 nationally in Forbes' 2021 rankings of the best colleges in the U.S.

The University of Pennsylvania again topped Forbes' latest ranking of the best colleges in the state, but it fell a few spots in the national rankings.

The Ivy League institution dropped to No. 9 in the United States, according to Forbes' 2021 rankings, released Wednesday. It had ranked sixth when the magazine's list was last compiled two years ago.

Penn also came in at No. 6 in the Northeast, No. 7 among private colleges and No. 9 among research universities. It placed in the top 15 nationally in both average grant aid provided and early career salary.

Swarthmore College in Delaware County still rates as the second-best college in Pennsylvania, but the liberal arts school dropped from No. 25 to No. 43 in the national rankings. Swarthmore came in nationally at No. 7 among liberal arts universities, No. 11 for average grant aid offered and No. 19 for average starting salary.

Villanova University was the only other college in the Philadelphia area that cracked the top 100 nationally.

Here are the top 10 colleges in Pennsylvania with their national rankings in parentheses.

Princeton University again topped the list in New Jersey as it jumped nationally from No. 5 to No. 3. Only the University of California, Berkeley and Yale University ranked higher.

The vast majority of New Jersey's top-ranked colleges are in the northern and central portions of the state. The best-performing South Jersey institutions were Rowan University and Stockton University.

Here are the top 10 colleges in New Jersey with their national rankings in parentheses.

The University of California, Berkeley was named the top school in the country. It's the first time that a public college has taken the No. 1 spot since the rankings began in 2008. There was no list last year due to the COVID-19 pandemic.

The top spot previously had been held by Harvard University, which dropped to No. 7. Lower-cost public universities took six of the top 25 spots this year after Forbes developed a new methodology to account for low-income student outcomes.