The iconic object was taken from Cecil B. Moore Station Plaza just days after it arrived 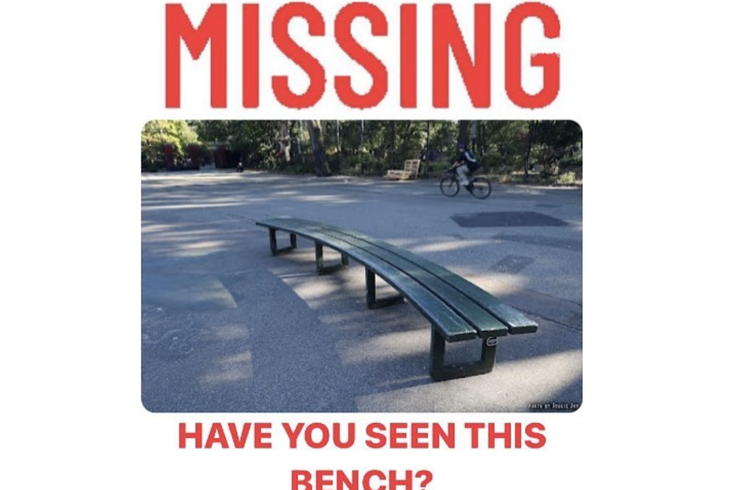 The 'Green Bench' or "AVE Bench," a piece of skateboarding lore, was stolen from Tompkins Square in New York City and taken down to Philadelphia in a U-Haul late last month. The bench is already gone after Temple University police reportedly gave it to a person claiming to be its rightful owner.

Well now, that didn't last long at all.

The beloved green bench that a group of Philadelphia skateboarders stole last month from New York City's Tompkins Square has already been taken from Cecil B. Moore Station Plaza, the popular skateboarding spot near Temple University where it had been placed for skaters to ride over the last week.

Temple Police were contacted by a person who claimed to be the bench's rightful owner and provided a receipt of purchase, NPR reported. Campus police arranged to have the unnamed owner pick it up from the plaza, which is managed by the university.

"After providing evidence of ownership, including a receipt of purchase, Temple University Police assisted the owner with the bench's recovery," the university said in a statement. "With the bench now back in the rightful owner's possession, it is expected to return to New York City."

As of Thursday, it's not clear whether the bench has made its way back north. In fact, there's been some speculation on social media that the bench is currently in Richmond, Virginia. An Instagram account that celebrates the bench showed a photo of it near the James River on Wednesday.

The curved, 300-pound metal bench is a prized object and piece of history in the wider skateboarding community. It was originally one of two benches that were bolted outside of a medical building in Santa Ana, California in the late 1990s. Both benches were stolen by skaters, who recognized their value for grinds and slides.

One of the benches appeared in a pair of influential skate videos released in 2003, featuring pro skater Anthony Van Engelen doing a variety of tricks on it. The bench came to be known as the green bench or "AVE Bench," after Van Engelen.

For years, the whereabouts of both benches were a mystery until one of them resurfaced in the 2020 video "Dancing on Thin Ice," from FA World Entertainment, the company co-owned by Van Engelen and fellow pro skater Jason Dill.

When FA opened a shop in New York City last October, the AVE Bench appeared at Tompkins Square for skaters to enjoy.

Late last month, skaters from Tompkins Square shared a "Missing" poster on Instagram. They said the bench had been taken from the East Village flatground spot and was believed to be in Philadelphia.

A group of Philly skaters took credit for driving a U-Haul up to New York in the dark of night and bringing the bench to Philly. It was first placed in the courtyard of the Municipal Services Building in Center City and then moved to Cecil B. Moore Plaza.

In recent days, the theft and intrigue around the bench drew a FOX 29 crew to the plaza to interview skaters.

And now, predictably, it's gone again.

Van Engelen doesn't seem particularly worried about the bench. The endless journey is part of its mystique.

"For 99% of humanity, it's just a chunk of steel," Van Engelen told NPR. "I hope as many people who want to skate it, get a chance to skate it, and it just goes forever."