The non-native bird took up residence in the area in November, drawing visitors to the creek to take pictures 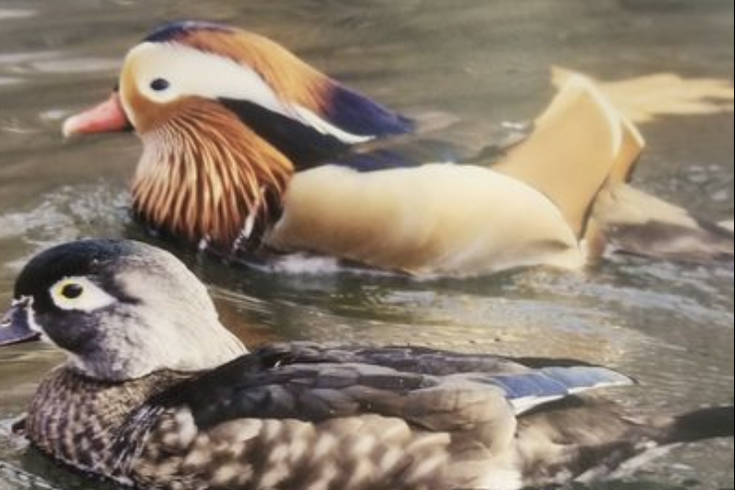 The Mandarin duck at Philadelphia's Pennypack Park, pictured above with another duck friend, has sadly passed away.

A beautiful Mandarin duck that has been spotted and photographed in Pennypack Park recently was found dead this week, officials said.

The Pennypack Environmental Center said Wednesday that the duck, whom some had affectionally named Manny, had passed away. Officials advised visitors to respect wildlife at the park, but didn't immediately respond to a request for information about how the animal died.

Unfortunately it has come to our attention our visiting Mandrin duck friend has passed away. Please respect the wildlife in the park when you visit.

Mandarin ducks are native to East Asia and naturally found in parts of China, Japan and Russia. When they pop in unexpected locations, like Pennypack Park, it's typically a sign that they are pets that were abandoned or released for another reason. Observers of the duck at Pennypack Park had noted that the animal's wings had been clipped.

The Facebook post from the Pennypack Environmental Center received an outpouring of responses from people who shared the photos they took of the duck. The Mandarin duck's recently acquired friend, a female wood duck, is still alive and well, the environmental center said.

Since November, park visitors have been sharing photos of the Mandarin duck and appreciating the rare sight.

Two years ago, another Mandarin duck created a stir at Ridley Park in Delaware County, where an influx of visitors came to check the duck out and take pictures. Central Park in New York also had a famous "hot duck" who escaped captivity and made a home in the city.

"They make rather docile and agreeable pets to own," birder Brian Quindlen told PhillyVoice around the time the Ridley Park Mandarin duck was spotted. "Aside from their beauty, people keep them because they're pretty friendly."

Ducks that have their wings clipped become more vulnerable to predators when they are released into the wild in the period before their feathers grow back. Some ducks kept in captivity may also be more sensitive to extreme temperature drops if they don't have a heating source, though most ducks are able to survive the winter months.