Comedians come together to raise money for autism 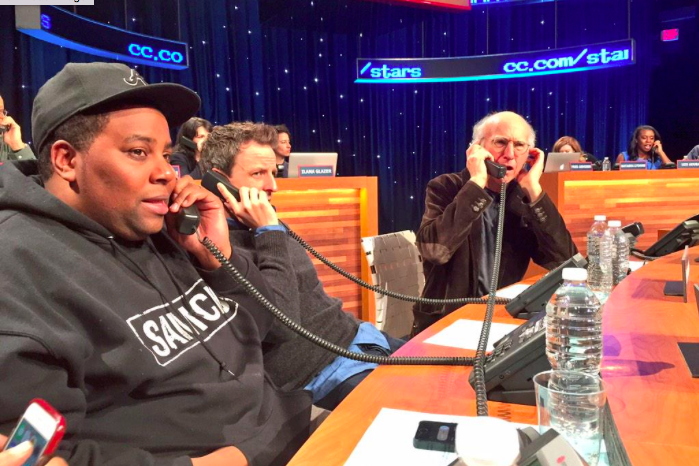 Comedy Central's "Night of Too Many Stars" brought together an all-star lineup of celebrities to raise money and awareness for autism.

Hosted by Jon Stewart, the sixth biennial special event featured performances, sketches and short films, as well as an online auction where the public can bid on items donated by celebrities, props from the event and walk-on roles on some of TV’s hottest shows.

From Adam Sandler reuniting with Bob Barker to the Wheel of Rudd, see some of Twitter's favorite moments below.

Look how happy @TommyHilfiger is to get an underwear endorsement from @chrisrock . Thank You! #NightOfTooManyStars pic.twitter.com/lyeRYULDRO

A very heartfelt THANK YOU to Jon Stewart. The Best Host Ever. And @ComedyCentral #NightOfTooManyStars pic.twitter.com/jeZxgtY54P

To recap, here's what Paul Rudd just did. His generosity knows no bounds. #StarsForAutism #NightOfTooManyStars pic.twitter.com/ZD6nh5vU0S

Since 2006, "Night of Too Many Stars" has raised more than $18 million to support children and adults with autism. All proceeds benefit New York Collaborates for Autism (NYCA).