Chris Cummins compiled more than 2,000 books with his late father, but lost them in a storage unit burglary 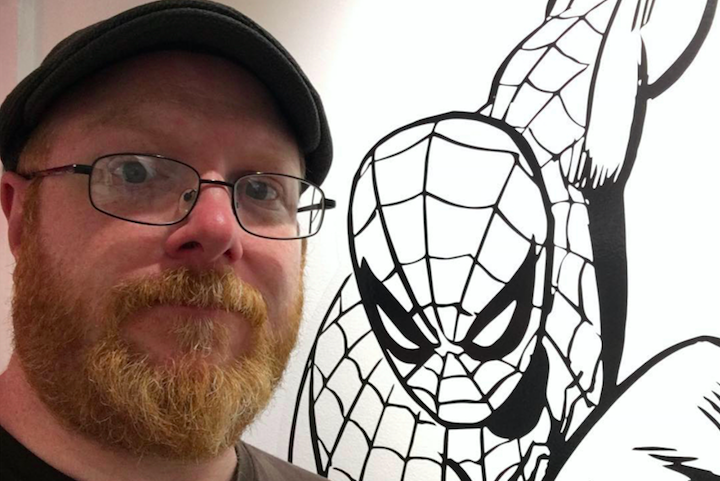 Chris Cummins, who hosts Nerd Nite Philly, had his massive comics book collection stolen from his Northeast Philadelphia storage unit in November. He's asking fellow comics lovers to look out for anyone trying to sell a large number of vintage "Archie" funnies.

A Philadelphia man who lost more than 2,000 comic books when his storage unit was burglarized is asking fellow comic aficionados to look out for anyone trying to sell a large collection of vintage "Archie" funnies.

The storage space rented by Chris Cummins, 46, was among 28 units broken into at Extra Space Storage, located at 12005 Roosevelt Boulevard in Northeast Philadelphia, on Saturday, Nov. 13. Nine other units had been burglarized the prior Tuesday.

A few replaceable items and some assorted collectibles were taken, but Cummins was dismayed about losing the huge stash of comics he'd been collecting since 1982, when he was a little boy.

"I had a very carefully curated collection I've been working on for 40 years," he said.

Cummins estimated that 90% of the comics were from the "Archie" series and published in the 1970s and 1980s. He bought most of them as a child with his dad, James, when the two would frequent flea markets. While Chris was searching for comics, his father was on the lookout for baseball cards.

When the COVID-19 pandemic began, Cummins moved out of his house in Port Richmond and back into his childhood home in Northeast Philly to care for his aging parents. That's also when he first started renting the storage unit, located just a few minutes away.

Cummins' father died in February at the age of 80, so he lost his collection at a particularly painful time. His mother — Joyce, 79 — recently moved into an assisted living facility and he's moving back into his own place.

He said most of his comic books were not bagged and boarded or in great condition, so they weren't particularly valuable in a traditional sense. He guessed they were worth roughly $2,000.

But the collection has enormous sentimental value for Cummins, especially given that his father just passed away.

Cummins is a self-proclaimed "professional nerd" who writes about "Archie" for Den of Geek and hosts Nerd Nite Philly, so he took to Twitter after the incident to ask his followers for help. His post has since been retweeted more than 500 times.

If any comic stores in the Philly area get approached to buy a massive Archie Comics collection, get in touch. It’s probably the one that was stolen from me.

Philadelphia police received a report about the break-ins from Extra Space, spokesperson Miguel Torres said. But he couldn't confirm the names of the renters affected by the burglaries.

Detectives from the Northeast Division are investigating the incident, Torres said.

McKall Morris, a spokesperson for Extra Space, confirmed that 37 burglaries occurred across two nights in November.

She did not know how the facility itself was breached, but said the burglarized units, including Cummins', were secured with traditional padlocks, which were easily snipped by bolt cutters. Extra Space recommends its customers use cylinder or disk locks, which Morris said are more secure.

After the break-in, Extra Space temporarily hired additional security personnel to provide 24/7 oversight at its Roosevelt Boulevard location, but that measure has since been retired.

Instead, she said the facility has readjusted its employees' hours so that someone is present later at night, when burglaries tend to happen.

Cummins heard from police that between 1-4 a.m., one person could be seen walking around the facility with bolt cutters and breaking into units before hopping into a getaway car, he said. It's unclear in the video whether a second person was driving the car. 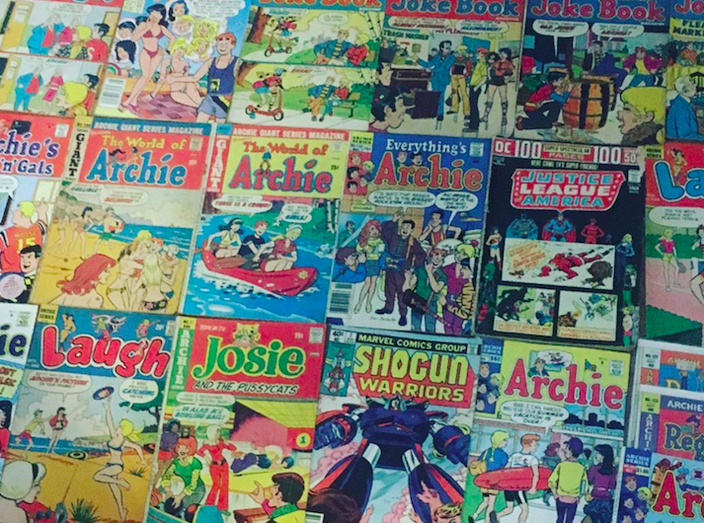 Chris Cummins collected more than 2,000 comic books, mostly as a boy. They were stolen during a break-in at the Extra Space Storage facility in Northeast Philadelphia in November. Now, he's asking comics lovers to be on the lookout for anyone trying to sell a large number of vintage 'Archie' books.

Cummins said Extra Space left him a single voicemail after the incident, but he missed it and didn't find out what happened to his collection until he went to the storage unit this past Sunday.

That's when he found a big, red lock on the door. He later learned that indicated his unit had been broken into.

Cummins said he was upset by the incident and that he hopes his story will warn others about the perils of leaving their valuables in a storage unit. Some of his anger was directed at that specific Extra Space.

"I don't want anyone else to go through this at that location," Cummins said.

But Morris said he's not the only one suffering. "We're the victims of a break-in as well," she said. "We really care about the security of our properties. ... We're always trying to improve."

Morris said break-ins at storage facilities aren't particularly common, adding that they happen at about the same rate as burglaries of residences and businesses.

Extra Space recommends its customers buy insurance, Morris said. Cummins did, but it won't cover the sentimental value of his loss.