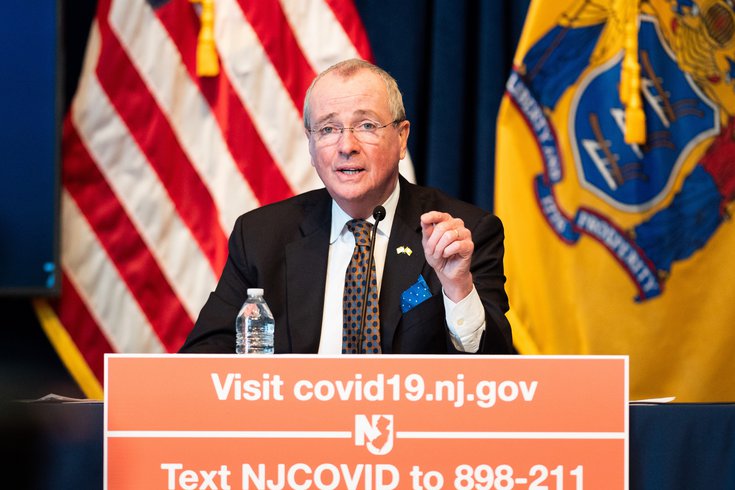 Gov. Phil Murphy criticized for acting 'recklessly' by attending a campaign fundraiser in New Jersey last week after being exposed to a staffer with COVID-19. Hours later, Trump announced he had tested positive.

Trump attended the fundraiser Thursday – just hours before he announced that he had tested positive for COVID-19. One of his top advisors, Hope Hicks, who recently had traveled with him on Air Force One, had become symptomatic Wednesday.

Gov. Phil Murphy blasted Trump and his staffers for potentially causing a coronavirus outbreak in New Jersey during his press briefing Monday. He also detailed the contact tracing investigations.

"It is clear that the President and his staff acted recklessly in coming to New Jersey in the first place, knowing that they had been exposed to someone with a confirmed positive test," Murphy said.

Trump announced Monday that he was leaving Walter Reed National Military Medical Center, saying he was "feeling good." He was admitted into the hospital Friday night after experiencing a mild fever, cough, and nasal congestion.

I will be leaving the great Walter Reed Medical Center today at 6:30 P.M. Feeling really good! Don’t be afraid of Covid. Don’t let it dominate your life. We have developed, under the Trump Administration, some really great drugs & knowledge. I feel better than I did 20 years ago!

Several people closely connected to Trump have tested positive for the coronavirus, including former New Jersey Gov. Chris Christie, who checked himself into Morristown Medical Center on Saturday.

Murphy emphasized concern for those who may have come into contact with the President and the staffers who accompanied him to the event, held at Trump National Golf Course in Somerset County.

"To put it bluntly, the actions leading up to and during this event have put lives at risk," Murphy said.

Contact tracers are urging anyone who had close contact with Trump or his staff to quarantine for 14 days and to wait 5 to 7 days to get tested for COVID-19. The White House has supplied them with the names of the fundraiser's attendees, but that list did not include phone numbers – just email addresses, according to CBS News.

The New Jersey Department of Health, the Somerset County Health Department, and Bedminster officials are helping with contact tracing efforts. The Centers for Disease Control and Prevention also has assisted. Murphy called their efforts "a race against the clock."

Their efforts, which began Friday, have not yet uncovered an outbreak, but the incubation period has not passed.

Contact tracers prioritized New Jersey residents, but also are reached out to attendees who came from other states, Murphy said. At least 19 staffers of Trump National Golf Club also have been contacted.

White House deputy press secretary Judd Deere told CBS News on Sunday that a "full contact tracing, consistent with CDC guidelines," was complete, adding that Trump and did not have any close interactions with guests or club staffers.

"Reports suggest that the event itself may not have complied with the current rules, which may have put others at risk," Murphy said. "We continue to investigate these reports."

The investigation specifically is examining whether an indoor VIP reception exceeded the state's capacity limits and whether some guests violated the state's mask mandate, NJ.com reported.