For people who had COVID-19, it only takes one vaccine dose to spur immune response, Temple study finds

Getting vaccinated after being infected also ensures antibody levels remain high for at least a year, researchers found 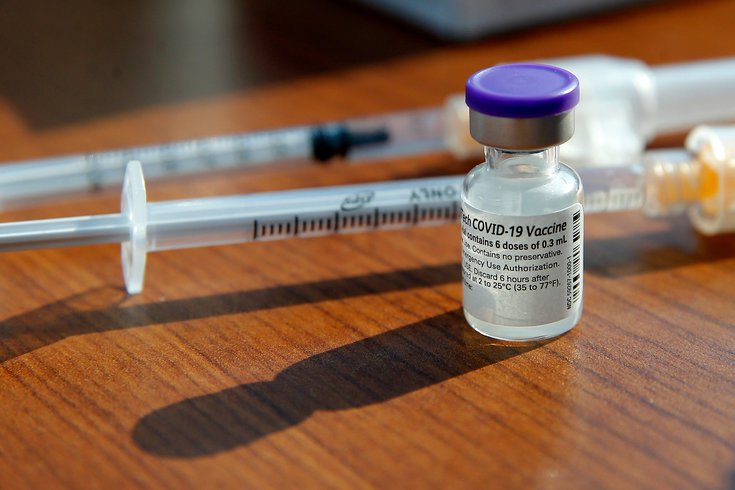 People who had a COVID-19 infection prior to vaccination only needed one dose of the Pfizer or Moderna vaccines to produce accelerated antibody levels, a Temple University study finds. For others, it took two shots.

Most people who recover from COVID-19 develop long-lasting immunity from the coronavirus, research shows.

People who had COVID-19 prior to vaccination may not need a second dose, Temple researchers said.

"Our study shows that the presence of immune memory induced by prior infection alters the way in which individuals respond" to the Pfizer and Moderna vaccines, said Dr. Steven G. Kelsen, a professor in the department of thoracic medicine and surgery.

"The lack of response after the second vaccine dose in previously infected individuals is especially relevant, because it could mean that some people may require only one dose or could potentially skip the booster shot."

By contrast, people with no prior COVID-19 illness had the opposite response to vaccination, researchers found. They had a more accelerated antibody response after their second doses – not their first. But the high levels generated by the second dose plummeted relatively quickly.

People who had COVID-19 prior to vaccination were able to sustain longer-lasting immunity, despite having little response to their second doses. Yet, prior infection also was linked to more frequent and longer-lasting adverse reactions to the vaccine.

These findings build upon previous research, including studies by Johns Hopkins Medicine and Penn Medicine, that have suggested a prior infection makes an individual's response to vaccination stronger and more durable.

A United Kingdom study published last month in The New England Journal of Medicine also found more durable protection in people who initially acquired some immunity from an infection.

The study found that vaccine protection waned after six months in people who had not been infected. But the immunity levels of people who were infected and then received the vaccine remained high more than a year after infection.

Currently, public health guidelines recommend two doses of the Pfizer and Moderna vaccines, as well as booster doses for all eligible people, regardless of whether they had a prior infection.

The Temple study focused on responses to Pfizer's vaccine in two groups of health care workers: those who had previously tested positive for the coronavirus and those who had never been infected. The researchers measured levels of neutralizing antibodies in blood samples taken before vaccination and after each of the two doses.

They also collected data on adverse reactions associated with vaccination including fever, headache and fatigue.

Kelsen and his team plan to focus next studying how long the protection from a booster dose lasts.