The broader population may need an variant-specific shot this fall, officials said 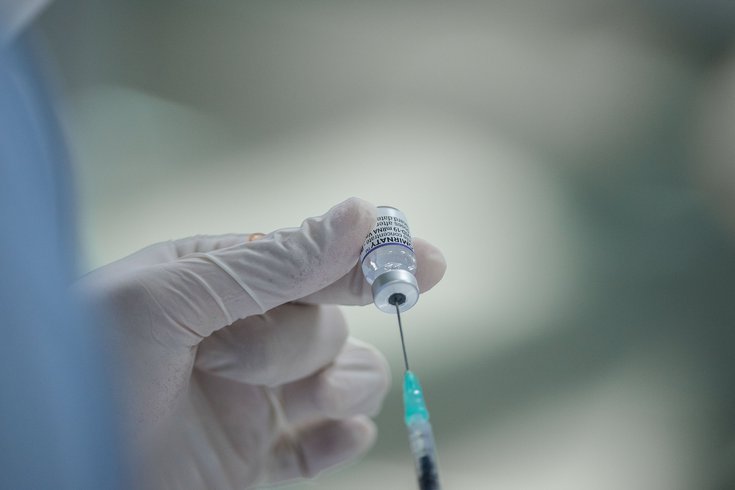 The FDA has authorized second COVID-19 booster shots for people ages 50 and older. People with weakened immune systems also are eligible for another dose.

People age 50 and older are now eligible to receive a second COVID-19 booster shot of either the Pfizer or Moderna vaccines, the U.S. Food and Drug Administration said Tuesday. People with weakened immune systems also can get another booster.

The rest of Americans may need a second booster this fall, FDA officials said.

Emerging evidence suggests that a second booster dose improves protection against severe COVID-19 and is not associated with any new safety concerns, the FDA said.

Older adults can receive their second booster shots at least four months from their first booster doses. They can get either the Pfizer or the Moderna booster regardless of the vaccine they previously received.

Evidence suggests that vaccine protection against serious COVID-19 outcomes wanes over time among older and immunocompromised people, said Dr. Peter Marks, director of the FDA's Center for Biologics Evaluation and Research. But a second booster dose of either mRNA vaccine – those made by Pfizer and Moderna – could help increase protection levels.

The FDA chose to authorize second boosters for people as young as 50 – rather than age 65 – because one-third of Americans between ages 50-64 have significant medical conditions that put them at higher risk for severe COVID-19.

Only two-thirds of Americans eligible for the first booster dose have received one, Marks said. He encouraged all eligible people to get them.

"World surveillance data shows that the third dose offers a higher level of protection and is more durable," he said.

The FDA previously authorized fourth shots for people who are immunocompromised. They now can each receive a fifth shot – a second booster. (The primary vaccine series for people with weakened immune systems is three shots).

The booster dose that Americans may receive this fall might be a variant-specific booster or one that protects against multiple strains, Marks said. But he explained why the FDA didn't hold off on authorizing another booster for older adults until there was an omicron-specific one.

"We are a few months away from having enough doses of a variant-specific booster and we want people to be able to take actions to help themselves now," Marks said.

The decision to authorize second booster shots was based on data provided by Israel, which has administered about 700,000 second boosters of the Pfizer vaccine to adults without any new safety concerns. About 600,000 of the recipients were age 60 or older.

The FDA also looked at data from an independent study of 120 adults who received a Moderna booster after receiving a two-dose primary series and a first booster of the Pfizer vaccine. No new safety concerns emerged up to three weeks after the second booster doses.

The FDA has also reviewed data from an ongoing clinical study in health care workers in Israel. All the study participants had received a primary vaccination series and a first booster dose of the Pfizer-BioNTech vaccine and then were given a second booster dose of either the Pfizer or Moderna vaccine.

The researchers reported increases in antibody levels against the coronavirus, including the delta and omicron variants, within two weeks of the second doses.