With vaccines and anti-viral medications available, many people are treating COVID-19 as any other manageable illness

By Brian A. Saunders
PhillyVoice Staff
Health News COVID-19
from 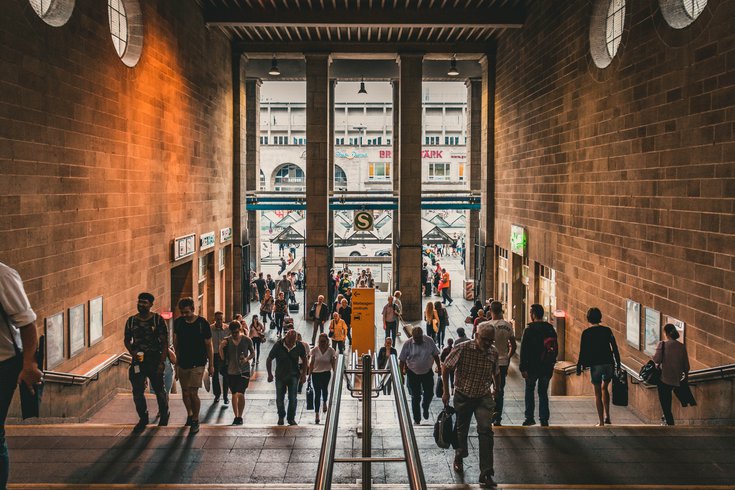 A University of Pennsylvania survey conducted in July found 54% of people rarely or never wear masks when they are indoors. It's among the evidence that many Americans have reverted to their pre-COVID-19 lives.

The percentage of Americans who say they have returned to their pre-pandemic lives has nearly tripled since January, when the omicron surged peaked in the United States.

A national survey conducted in July by the University of Pennsylvania's Annenberg Public Policy Center found 41% of respondents had resumed their pre-COVID-19 lifestyles. Another 16% said they expect to do so within the next six months or year.

Penn has been surveying people about their lifestyles since April 2021, when COVID-19 vaccines had become widely available and the pandemic appeared to be waning. As of January, only 16% of people said they had resumed their normal lifestyles. By April, that percentage had doubled and continued to rise.

Though more people seemingly have put the pandemic in the rearview mirror, 23% don't ever expect to return to their pre-pandemic lifestyles. That's nearly the same as the response given in January.

Asked when they expect to return to their normal, pre-Covid-19 lives, 41% of Americans say, we already have. 19% say it'll be a year from now, and 23% say never. https://t.co/qlzOQU0P0M pic.twitter.com/GP8dYbfxNZ

In late February, the U.S. Centers for Disease Control and Prevention gave people the go-ahead to ditch masks in most public spaces, noting that transmission metrics showed nearly 70% of the Americans lived in low or medium-risk areas. At the time, hospitalizations and infections had fallen significantly from their January peak.

Philadelphia was more cautious, waiting until April to end its indoor mask mandates.

Now, 54% of people say they rarely or never wear masks when they are indoors with people from outside of their households. That was more than double the percentage of people who had stopped wearing masks in January.

New survey: 54% of Americans say they rarely or never wear a mask to prevent transmission of Covid when indoors with others who aren't part of their household. https://t.co/qlzOQU0P0M pic.twitter.com/sGpZiGulgY

In May, a poll conducted by the Associated Press-NORC Center found a similar shift in people's lifestyles – 54% of respondents said their lives had begun to resemble pre-pandemic life.

Dr. Amesh Adalja, a senior scholar at the Johns Hopkins Center for Health Security, told San Francisco-based radio station KCBS that he is not surprised by the number of Americans who say their lives have returned to normal.

"I think people are learning how to risk-acclimatize something that's never going away," Adalja said. "Our goal was always to tame it, not to eliminate or eradicate it."

Adalja noted that medical developments have made the COVID-19 response far more manageable than it was one year ago.

Additionally, Paxlovid, an oral antiviral medication that reduces the risk of hospitalization from COVID-19, was authorized by the U.S. Food and Drug Administration in December. Rapid tests are available at most stores – and the Biden administration has made free test kits available through the mail. That gives people the option to test before gathering indoors.

More than two years into the pandemic, Penn's survey suggests people are aware of the risks and will assume the consequences, said Kathleen Hall Jamieson, Annenberg's director of public policy.

"A consistent percentage does not believe a pre-COVID normal will ever be restored," Jamieson said. "But a growing number of have returned to their pre-COVID life. One can only hope that those in each group have accurately calculated the risks and benefits that their decision entails."

The U.S. has averaged 107,077 daily cases over the last week. That's a fraction of the totals recorded in January, when the daily average exceeded 800,000 cases and the daily death toll nearly reached 1,700 people.

Still, cases and hospitalizations are higher than what they were in May, when they bottomed out after the omicron surge. And about 400 people are dying of COVID-19 every day.

The BA.5 variant, which is highly contagious, has resulted in about 85% of recent COVID-19 infections. Booster-shots designed to provide better protection against the variant are expected this fall.

The Penn survey, which included 1,580 respondents, also found that 54% of respondents had had COVID-19 at least once since April 2021. Of them, 17% had gotten it more than once. About 78% of people were fully vaccinated, but only 59% had received at least one booster.