The inoculation could prove particularly helpful in Pennsylvania, which records more cases of the tick-borne illness than any state 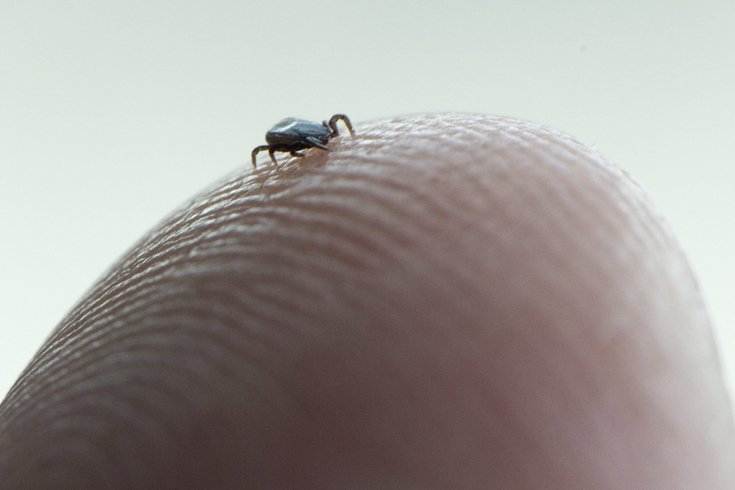 A new Lyme disease vaccine developed by Pfizer and Valneva is being tested in late-stage clinical trials. Case rates of the tick-borne illness have skyrocketed since the early 1990s.

A Lyme disease vaccine being tested in studies could allow people to enjoy the great outdoors without worrying about contracting the tick-borne illness.

There has not been a Lyme disease vaccine available in the United States in two decades, but Pfizer and Valneva, a French pharmaceutical company, are seeking to change that.

The companies are looking to enroll 6,000 people ages 5 and older in a late-stage clinical trial being held at 50 sites where Lyme disease in endemic in the U.S. and Europe. Each participant will get either a placebo or three doses of the vaccine, known as "VLA15," before next spring, when tick season starts.

The companies plan to submit the vaccine to regulators for approval in 2025.

Lyme disease often begins with a round, red bullseye-shaped rash. Symptoms, which last two to four weeks, also include fever, chills, aches, headaches, stiffness, swollen lymph nodes and fatigue. The bacterial infection can be treated with antibiotics, but if left untreated, it can cause joint damage, facial palsy and Lyme carditis – a sometimes fatal heart condition.

A vaccine would be particularly welcome in Pennsylvania, which sees more Lyme disease cases than any other state.

"It's always a worry, you know? Especially when you're sitting in a tree stand hunting and you feel something crawling on you," Robert Terwilliger, 60, a hunter and hiker who enrolled at the trial's site in Duncansville, Blair County, told the Associated Press. "You've got to be very, very cautious."

There hasn't been a Lyme disease vaccine available since 2002, when Lymetrix was pulled off the market due to low demand.

Since then, the disease has become much more common nationwide and in Pennsylvania, where it's been detected in all 67 counties. Cases tend to peak in June and July.

There were 8,998 probable and confirmed Lyme disease cases in Pennsylvania in 2019, the last year the Centers for Disease Control and Prevention has on record. That was up 173% from 2010 and more than double the 4,243 cases reported in New York, the state with the second-most cases.

The CDC estimates that 476,000 people are diagnosed and treated for Lyme disease annually nationwide. It's most common in the woodlands of the Northeast, but it's been detected in all 50 states.

"With increasing global rates of Lyme disease, providing a new option for people to help protect themselves from the disease is more important than ever," said Annaliesa Anderson, Pfizer's senior vice president of vaccine research and development.

Early studies have shown the vaccine creates a strong immune response without any safety concerns.

Scientists say this jump is partly driven by climate change. Ticks thrive in hot and humid conditions, so they've been able to expand into areas that were previously inhospitable. There also are more homes being constructed in parts of rural Pennsylvania. Both of these factors give ticks more opportunities to latch onto a human host.

There are five species of ticks in Pennsylvania, but one – the black-legged tick, commonly known as a deer tick – accounts for the vast majority of Lyme disease cases.

For people venturing into the woods in the Northeast, there are several precautions that can be taken to prevent ticks.

The best way is to avoid walking in tall grass, where ticks congregate, and to stay in the center of the trail when hiking. It's also a good idea to wear a long-sleeve shirt and tuck your pant legs into your socks. Insect repellent with DEET should be used on any exposed skin.

Bringing a pair of tweezers on outdoor excursions is another good idea, so any ticks can be removed as soon as possible. It's important that its head is removed with the rest of its body. The longer a tick remains attached, the higher the risk of getting Lyme disease.

When returning from an area that may be infested, people are advised to check their entire bodies for ticks and any suspicious blemishes that could be a bite. Another person can help check hard-to-reach places, like the scalp and back.