Yet, only about 23% of expectant mothers have opted to get inoculated 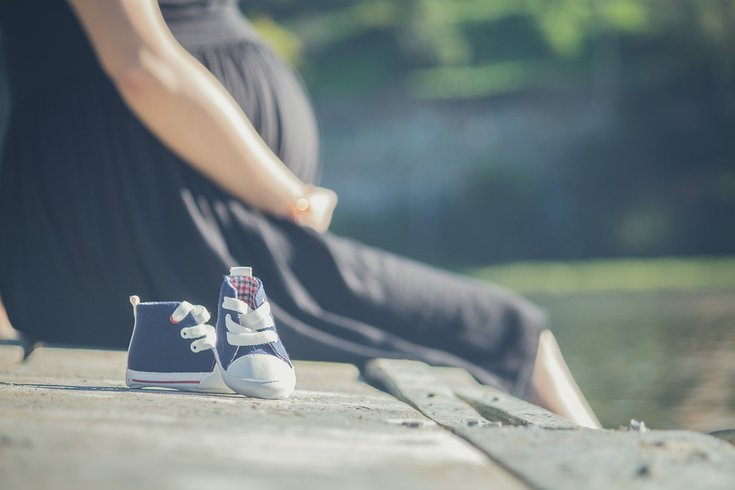 Pregnant women who received the COVID-19 vaccines by Pfizer or Moderna transfer high levels of protective antibodies to their newborns, a study led by New York University shows. Despite this advantage, and the overall safety of the shots, only 23% of pregnant women are fully vaccinated, CDC data show.

Pregnant women who received the Pfizer or Moderna COVID-19 vaccines pass a high level of antibodies to their babies, new research shows.

The study adds to previous research that suggested the vaccines protect both pregnant women and their newborns against the coronavirus. But the exact level of protection hadn't been clear.

All 36 newborns included in the latest study, led by researchers at New York University, were born to mothers who had received the Pfizer or Moderna vaccines. All of them had protective antibodies at birth.

Additionally, the researchers were able to distinguish between antibodies in the neonatal blood created by a natural infection and those made in response to a vaccine.

All 36 blood cord samples had high levels of spike protein antibodies, but were negative for nucleocapsid proteins.

This is important because natural antibodies have been found to not offer adequate protection. According to U.S. Centers for Disease Control and Prevention, only 23% of pregnant women have been vaccinated against the coronavirus. And COVID-19 vaccines haven't yet been approved for babies.

"Studies continue to reinforce the importance of vaccines during pregnancy and their power to protect two lives at once by preventing severe illness in both mothers and babies," said Dr. Ashley S. Roman, director of the division of maternal-fetal medicine at NYU Langone Health.

"If babies could be born with antibodies, it could protect them in the first several months of their lives, when they are most vulnerable."

In the NYU-led study, the mothers who were fully vaccinated during the second half of their pregnancies had the highest levels of antibodies. The antibodies in the cord blood then transfer immunity to the newborns, the researchers said.

"High levels of transplacental antibody transfer are not surprising," said Dr. Jennifer L. Lighter, hospital epidemiologist at Hassenfeld Children's Hospital at NYU Langone. "It is consistent with what we see with other immunizations.

"Our findings add to a growing list of important reasons why women should be advised to receive the COVID-19 vaccine during pregnancy for the added benefit of their newborn receiving crucial protection."

Roman and her colleagues also were involved in an earlier study that confirmed the vaccines present no increased risks during pregnancy. There were no identifiable risks to the fetus or any birth complications among the pregnant women who were vaccinated.

The U.S. Centers for Disease Control and Prevention has recommended pregnant women get vaccinated using any of the three vaccines authorized in the United States.

Studies also have shown that Johnson & Johnson's shot is safe for expectant mothers. But data on the levels of antibodies transferred by pregnant women vaccinated with the J&J shot have not yet been published.

The NYU researchers said further study is needed to determine the effectiveness of the infant antibodies and how long protection lasts. Additional research also is needed to confirm that the second half of pregnancy is indeed the sweet spot for the highest levels of antibody transfer.

The findings were published in the American Journal of Obstetrics & Gynecology-Maternal-Fetal Medicine.