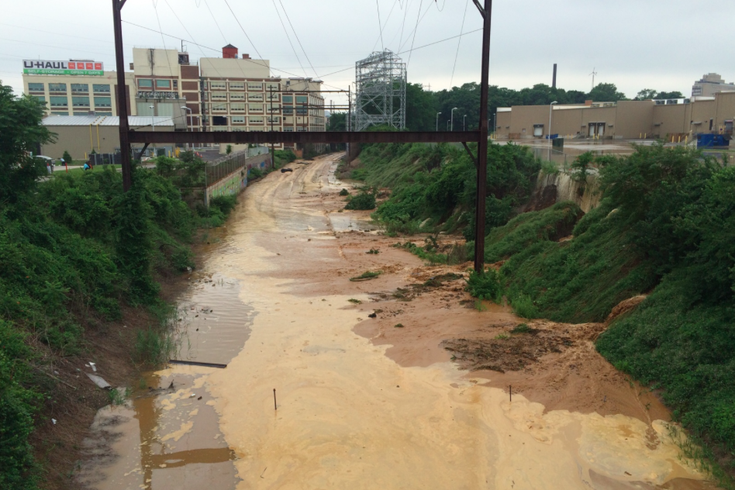 Water overflowing from the back of the Shop Rite parking lot onto the train tracks below.

According to 6 ABC, the Philadelphia Water Department received a call around 2:45 p.m. on Thursday about the broken main at the intersection of Fox Street and Roberts Avenue.

According to the Philadelphia Water Department, the main has been shut down and crews are assessing the damage.

The main has now been shut down and we are assessing damage. Why do mains break? http://t.co/pCUrPETzvt https://t.co/3q8gIq7168

On Sunday, a 36-inch water main broke in West Philadelphia, prompting more than a dozen residents to evacuate as flood water entered homes and destroyed property, including parked vehicles. The Water Department has not yet announced the cause of that main break.