Local sports writer and host moving to be with wife 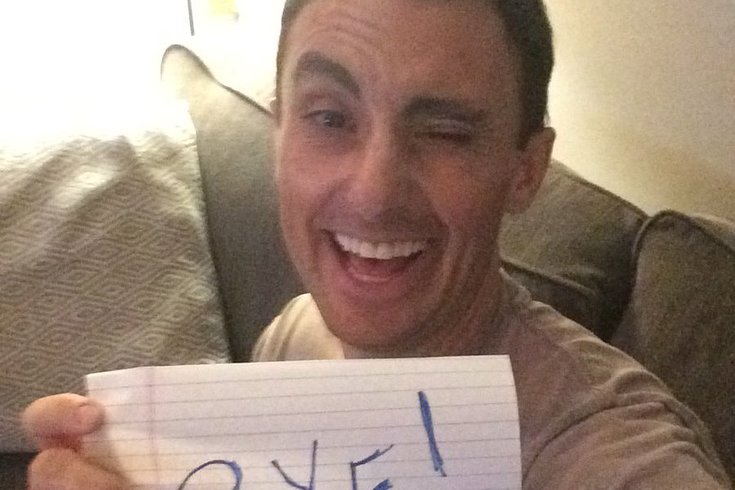 Gonzo is going to California.

John Gonzalez, host of "The 700 Level" show on Comcast SportsNet and former sports columnist for The Philadelphia Inquirer, announced on Twitter Thursday he was moving out West to be with his wife.

Super official statement: Leaving to be w/ my wonderful wife in Cali. Thanks CSN for job & delicious farewell cake pic.twitter.com/CAJueK6dkp

His wife, Colleen Wolfe, used to be a sports anchor for Fox29 but moved to Los Angeles in 2014 to work for the NFL Network, according to the Philadelphia Daily News.

Hey John, big fan.
You should consider moving this operation to the west coast. https://t.co/kvolQdzLU3

You make a compelling argument https://t.co/7aFVVkNQm3

Nicknamed Gonzo from his Inquirer days, Gonzalez told Crossing Broad when he moves he'll do some freelance work initially and explore other opportunities.

Many in the local sports world wished him well on Twitter.

Shoutout and congrats to @gonzoCSN on going out west. Easily one of the nicest and most talented Philly media members out there. #💯

@gonzoCSN John, I always enjoyed your sports coverage and very pleasant persona. The best of luck to you and Colleen in LA. Adam Aron

Best of luck @gonzoCSN on the big westerly move. I knew you when ... No, before then.

Congrats @gonzoCSN on the move to Cali. In about 3 days you'll look like this again. pic.twitter.com/O7tYpRJnQB