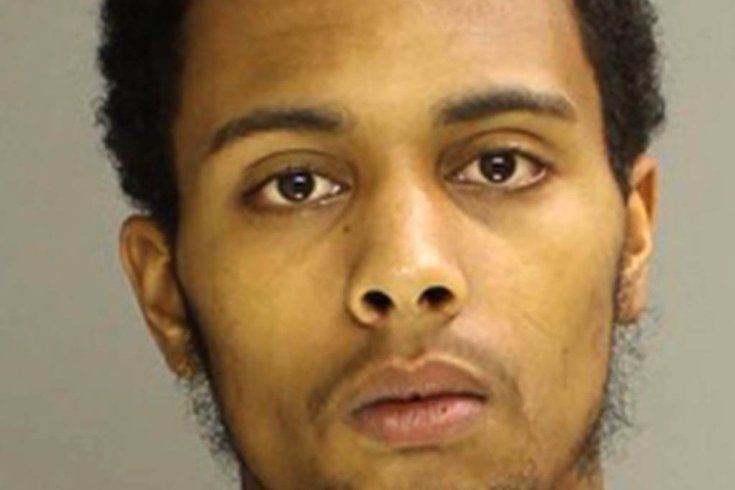 Joshua Trunk, 19, is charged with two counts of first-degree murder in the slaying of his mother and her boyfriend in Ambler.

Read More
A 19-year-old Ambler Borough man was arrested Wednesday and charged in the July 31 shooting deaths of his mother and her boyfriend, authorities said.
Joshua Trunk faces two counts of first-degree murder for allegedly shooting his mother, Janice Trunk, 54, and her boyfriend Kevin Smith, 44, multiple times in the head and torso as they lay in bed in her apartment at the Forest Garden complex, according to the Montgomery County District Attorney’s office. He also faces separate drug charges, including intent to deliver a controlled substance, officials said.
In a statement, Montgomery County District Attorney Kevin Steele said a crime scene investigation indicated no signs of a struggle, forced entry or ransacking at the second-floor apartment at 125 Forest Ave.
According to the affidavit of probable cause, Joshua Trunk lived in the apartment with his mother.
The day after the shootings, detectives interviewed the sister of Janice Trunk, who told them that Joshua Trunk recently completed a one-week stay at Eagleville Hospital, a drug addiction treatment facility. He was released July 25, the affidavit said. He was committed to the facility by his mother, a longtime family friend told investigators.
Upon his release, he returned home to the apartment, Janice Trunk's sister told detectives.
She also said her sister told her that Joshua "had a gun and carried it with him everywhere, even when he slept," the affidavit said. Janice Trunk allegedly told her sister that Joshua thought he was going to "die soon."
After his release from Eagleville Hospital, Joshua allegedly told one of his closest friends that his mother "had to die," the affidavit stated.
Detectives say the murder was the result of Joshua Trunk's increasing paranoia, according to the affidavit.
The 9mm pistol authorities allege was used in the slayings, as well as a .38-caliber revolver allegedly in Joshua Trunk's possession, remain missing, the affidavit said.
Trunk was being held at the Montgomery County Correctional Facility on unrelated drug charges since the night.
A preliminary hearing has been set for Sept. 15 at noon before Magisterial District Judge Patricia Zaffarano in Ambler.