A daily aspirin to protect the heart? That soon may be outdated advice 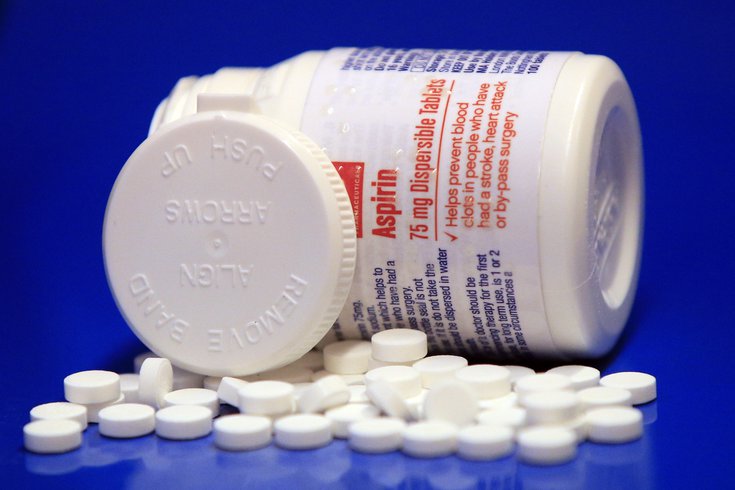 For some people, a daily low-dose aspirin has been shown to reduce the risk of heart attack or stroke, but there is also a risk of bleeding in the stomach, intestines and brain.

A daily aspirin has long been considered a standard preventive measure to protect against heart disease and stroke, but recent clinical findings suggest the risks may outweigh the benefits for older adults.

On Tuesday, the U.S. Preventive Services Task Force released a new draft statement suggesting changes to its guidance on taking a daily aspirin.

The draft statement says adults age 60 and older should not start taking aspirin to prevent heart disease and stroke because it may cause harm. Older people already taking a daily aspirin for a previous heart attack or stroke should continue to take it unless a doctor directs them otherwise, the statement adds.

"For anyone who is on aspirin because they've already had a heart attack or stroke, it's a very important medication," Dr. Erin Michos, an associate director of preventive cardiology at the Johns Hopkins Ciccarone Center for the Prevention of Heart Disease, told NBC News. Michos isn't part of the task force.

The draft statement also advises adults ages 40-59 who are at a higher risk of cardiovascular disease, but don't have a history of it, to discuss with a doctor whether a daily aspirin would benefit them. This is the first time the task force has included adults as young as 40 in its recommendation for daily aspirin.

For some people, a daily low-dose aspirin has been shown to reduce the risk of heart attack or stroke, but there is also a potential risk of bleeding in the stomach, intestines and brain.

Previous stomach ulcers, taking other anticoagulants and have a clotting disorder also can increase a person's risk of bleeding. The risk increases with age, too.

However, anticoagulants also can prevent blood from clotting at a wound site, increasing a person's risk of bleeding.

In 2018, several studies published in the New England Journal of Medicine suggested that a daily low-dose aspirin provides no real benefit to healthy older adults, but could cause them serious harm. Reflecting these findings, the American College of Cardiology and the American Heart Association released guidelines in 2019 that no longer recommended daily aspirin for adults age 70 and older who are not at high risk or don't have a history of heart disease.

Heart disease continues to be the leading cause of death in the U.S. About 29 million Americans take aspirin daily to prevent heart disease even though they don't have a history of heart attack or stroke, according to the most recent available data, from 2017.

The draft recommendation is posted for public comments, which can be submitted until Nov. 8.