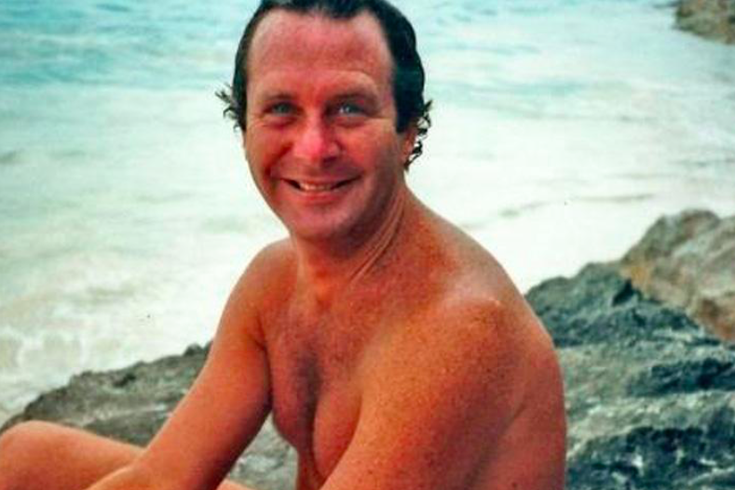 Chris Connors, pictured here as a younger man, died of "stubbornness" and "whiskey" according to his obituary, which has gone viral.

The loss of a parent, universally considered one of the most difficult life experiences, can also be a bittersweet time of remembrance — all the more so for a life well-lived.

One man's death this week has gotten all the attention he likely ever dreamed of after his daughter penned a gut-busting tribute to his wild ways.

Chris Conners, a man who formerly spent summers at the Jersey Shore, died this week at 67 after a battle with ALS and pancreatic cancer. He had asked his daughter, 33-year-old Caitlin Connors, a Philadelphia resident and business owner, to write him a funny obituary. She didn't disappoint. Dad died of "stubbornness" and "whisky," truth be told.

The obituary, appearing on Legacy.com, went viral as a result of punchline after punchline, all while lifting up The New Englander's life as an example of adventurousness and love. Some highlights below.

• "Most people thought he was crazy for swimming in the ocean in January; for being a skinny Irish Golden Gloves boxer from Quincy, Massachusetts; for dressing up as a priest and then proceeding to get into a fight at a Jewish deli."

• "He lived 1000 years in the 67 calendar years we had with him because he attacked life; he grabbed it by the lapels, kissed it, and swung it back onto the dance floor. At the age of 26 he planned to circumnavigate the world – instead, he ended up spending 40 hours on a life raft off the coast of Panama."

• "Throughout his life, he was an accomplished hunter and birth control device tester (with some failures, notably Caitlin Connors, 33; Chris Connors, 11; and Liam Connors, 8)."

• "Absolut vodka and Simply Orange companies are devastated by the loss of Connors."

Read the full obituary here. Anyone inspired can make donation to the Chris Connors Fund, which supports safety efforts for boating and water rescue crews.