Cyndia Burak loved BIG but felt undeserving of it in return 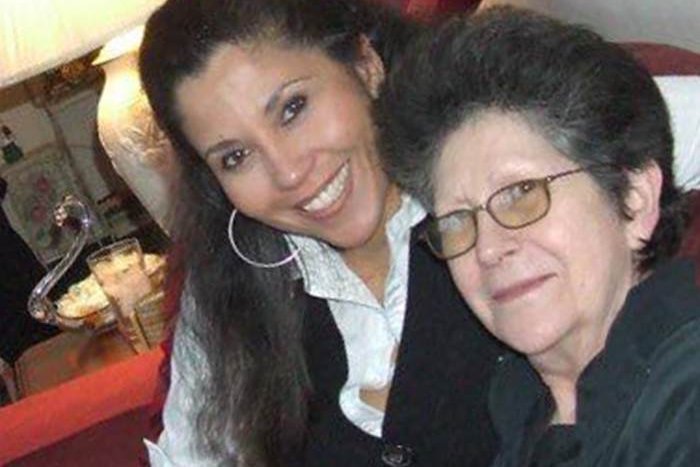 “…well darling, I am baking a ham. I can’t think of a thing else to say. I do want to tell you how very much I love you. I am just worrying myself to death about you’re not having a job yet. I’m just praying that something will break soon. Well, bye for now my sweet. Write often doll. I love you. Love always, Cyndia

As I sat and read this heartfelt letter to my father from my mother, a month before she would give birth to her first child (my brother),  I couldn't help but wonder what might have been her emotional state.

This was just one of many messages I'd found to various men that my mother romanced throughout her life.

I've always had a strong connection with things of the past. Exploring boxes of memorabilia was not only a deep connection to my ancestry but a way to understand my mother just a bit more than before – our relationship had been a turbulent one.

My frustration with her was fueled by my mother's choices in life. I did not like seeing her hurt or make decisions that I felt she'd might regret later, and selfishly, I never understood why she didn't have a strong need to want to protect me.

When people describe me, I hear "Lois is strong" or ”Lois is independent." Oddly enough, people refer to my mother the same way – but the woman I knew was extremely sensitive with a protective wall built of heavy sarcasm capable of biting the head off of a snake. Frankly, I'm sure that she just longed deeply for someone to love her.

I am not so sure that this great search for love didn't precede my father. My mother was born in Louisiana and all that we know about her parents is that she was abandoned. A sheriff brought her to a hospital in Independence where she stayed for six months until my aunt took her in. Fortunately, she was adopted into a loving family... but I have to believe that the mystery behind her birth parents left her wanting. Perhaps needing to know why they didn't love her enough to keep her.

The letter to my father is innocent enough, written out of genuine concern by a young pregnant woman unmarried and clinging onto a family constructed from fantasy.

As I read each letter it sounded familiar. I began to realize that I was more like my mother than I ever allowed myself to imagine. Was this genetic, or might it have been unconscious learned behavior?

My mother left college and perhaps a successful future as a singer/dancer to work in burlesque (as the "Cajun Queen") in New Orleans. That is where she met my father and became pregnant with my brother. Throughout my mother’s marriage to my father she was intensely committed to his beliefs and crusades – steadfast and loyal, fighting every battle right beside him. However dysfunctional, this relationship functioned well.  The needs of both parties seem to meet until 22 years later when after years of emotional torment my mother fatefully shot my father to death and injured me. I unfortunately was in the line of fire.

After my father's death, my mother began a long-term relationship with a married man, grasping onto the promise that he would leave his wife and make a life with her. This angered me and was one of the causes of contention between us. I couldn't bare her mistreatment and it pained me to see her constant disappointment as a result of this relationship. I wanted more for my mother – but most of all, I wanted my mother to demand more for herself. 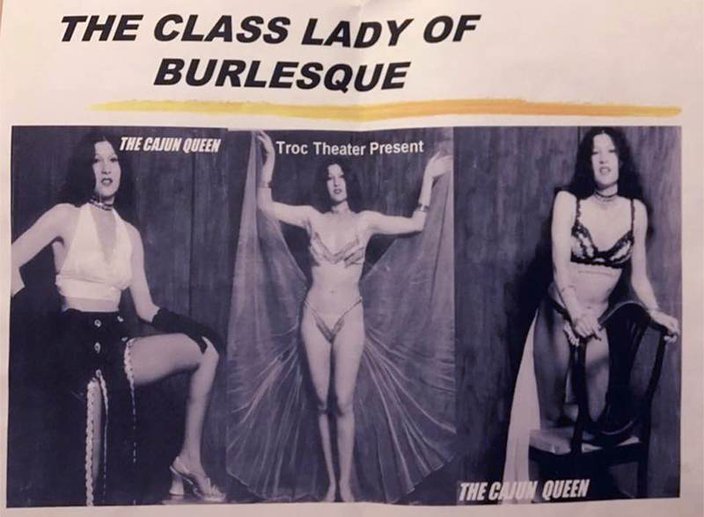 As a burlesque worker, Cyndia Burak went by the stage name “The Cajun Queen.” Above a She performed at the Trocadero Theatre in Philadelphia.

SHE HAD A DESIRE TO INSPIRE

In another letter from a man she dated he whines about her not showing the right amount of appreciation he feels suitable for a dinner date.

Here is an excerpt from a letter to a man that she was involved with while living in Louisiana.

“As for your accusations that you’ve been taken advantage of you have not been by me or Nail in any way. You have a nice friendship ring and nice clothes from me. I did everything I could to help you with your business. Nail paid for the mulch, paid you for help with the water line and paid for the materials to build the hothouse here…”

The letter goes on to defend claims the man made in an attempt to manipulate her emotions. What may not be glaringly obvious to some are the actions described were deemed acceptable far longer than they should have. See a pattern?

Geography changed but the ability to overlook bad behavior or justify a person’s behavior remained.

I wish I could have owned my behavior that sometimes mirrored hers earlier – perhaps being the inspiration she needed to own the greatness that existed within her. To sum it up; know your value, own your worth.

With the finding of each letter came significant discovery.

Throughout my life I'd been living with those same low expectations when it came to relationships – I too had justified bad behavior.

I am constantly taking stock of my life in an effort to grow and learn believing that sometimes we are put in others' lives to help them along and fill their purpose but not to the extent it stunts our own growth; sometimes taking a backseat so that others may drive to their promised destiny. Once arriving at their destination they can then put the fuel in your tank to help you reach yours. I've been struggling with that balance my entire life.

My mother passed away November 18 and I will never forget the look in her eyes as she began her journey to the other side. What I learned about my mother is that she loved to perform and wanted to inspire others.

I learned of the regret she carried around that denied her the life she so richly deserved. She loved BIG but felt undeserving of it in return. I wish I could have owned my behavior that sometimes mirrored hers earlier – perhaps being the inspiration she needed to own the greatness that existed within her. To sum it up: know your value, own your worth.

Since I cannot go back in time I will teach these lessons learned to ultimately do what she wanted to do: inspire others.

I love you mom, may you live your next life as fabulous as you were meant to be.

Lois Burak, a resident of Bensalem, Bucks County and former longtime resident of Northeast Philadelphia, is host of The LOLO Show podcast and internet radio show.