Ed Schoener wrote his daughter, Katie, was loved by everyone, but bipolar disorder kept her from seeing that 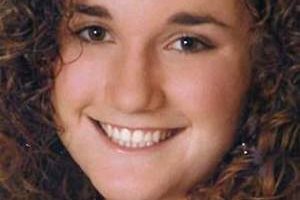 A Pennsylvania father's emotional obituary for his daughter who suffered from mental illness is earning support from people across the nation.

Ed Schoener of Scranton revealed in the tribute that his 29-year-old daughter, Katie, "fought a bipolar disorder since 2005" but "lost the battle on Wednesday to suicide." He later called for compassion for those struggling, just like that directed toward other illnesses, like cancer or heart disease.

In the obituary published in The Scranton Times-Tribune, he wrote:

Our society does not provide the resources that are needed to adequately understand and treat mental illness. In Katie's case, she had the best medical care available, she always took the cocktail of medicines that she was prescribed and she did her best to be healthy and manage this illness – and yet – that was not enough. Someday a cure will be found, but until then, we need to support and be compassionate to those with mental illness, every bit as much as we support those who suffer from cancer, heart disease or any other illness. Please know that Katie was a sweet, wonderful person that loved life, the people around her – and Jesus Christ.

The guestbook for the obituary has close to 700 entries from people in Pennsylvania and as far away as California, expressing support and revealing mental illness struggles of their own or family members.

In an interview with The Washington Post, Schoener said that Katie, who earned a Bachelor of Science degree in business from Penn State University and an MBA from Ohio State University, was well-liked.

“Everyone loved Katie; if you met Katie you couldn’t help but love her. She was vibrant,” Shoener said, his voice catching on the adjective. “There’s nothing rational about this illness. Something in her mind told her she was a terrible person and everybody hated her.”

Lawmakers across the nation are taking measures to shed light on the issue and provide resources to those who need help.

In early August, New Jersey Governor Chris Christie signed a suicide prevention bill named after Madison Holleran, a University of Pennsylvania student who died two years ago after jumping from a parking garage near the school.

The Madison Holleran Suicide Prevention Act goes into effect in the fall and will require state colleges and universities to give students access to mental health professionals 24/7 and provide better communication to students to let them know that resources are available.

Last year, Facebook added a suicide prevention feature that allows users to report if they believe a friend is thinking of personal harm.

“God will use this death to help others come out of the shadows," Schoener told The Post. "To help people to find a way to talk to each other about this illness. Katie was not bipolar. She was a wonderful girl who had bipolar disorder.”