Is U.S. push for permanent daylight saving time actually good for our health?

The Sunshine Protection Act may be ignoring vital risks that a switch to standard time would avoid, experts say 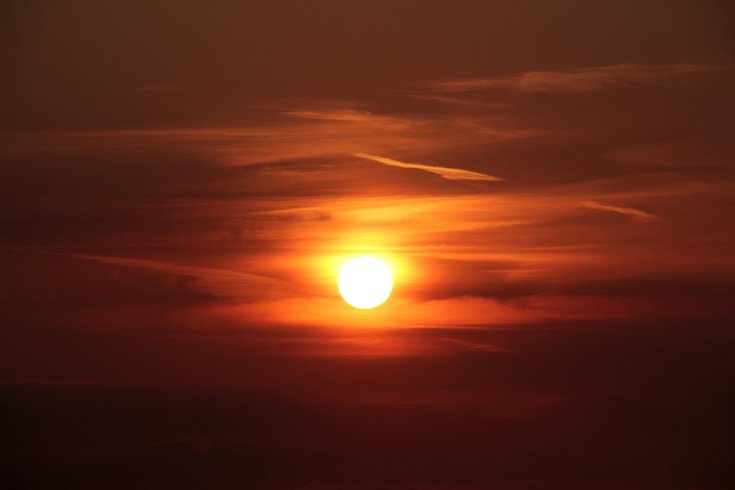 U.S. lawmakers are moving toward permanently adopting daylight saving time. But many health experts say this might wreak havoc on our sleep, circadian rhythms and overall physical and mental health. They favor permanently enacting standard time.

The U.S. Senate's passage of the Sunshine Protection Act has the nation on the brink of permanently adopting daylight saving time, a move that would end biannual clock changes in favor of a schedule that preserves light later in the day year-round.

The legislation still requires passage by the House of Representatives and a signature from President Joe Biden, but the Senate's unanimous approval has sparked an intense debate about whether permanent daylight saving time is a wise health decision for the American public. If the bill becomes law, the U.S. would make the permanent switch in 2023.

Sleep health experts, led by the American Academy of Sleep Medicine, contend the U.S. is making the wrong change. They say we should instead adopt standard time, which runs between November and March.

The study's findings on the acute effects of daylight savings time covered a range of negative health outcomes, from increased risk of stroke and hospital admissions to sleep loss and increased production of inflammatory markers related to stress. The study also noted an uptick in traffic fatalities and adverse medical events stemming from human error in the week after daylight saving time.

The standard time position was endorsed by more than 20 medical, scientific and civic organizations including the American College of Chest Physicians, American College of Occupational and Environmental Medicine, National PTA, National Safety Council, Society for Research on Biological Rhythms and the World Sleep Society.

There seems to be consensus around the significant health concerns linked to changing clocks, yet most of the momentum to pick a side has been in favor of daylight saving time.

An Economist/YouGov poll last fall found that 63% of American adults are in favor of ending clock changes, but nearly twice as many Americans in that group would prefer daylight saving time to standard time.

The practice of adjusting the clock by one hour, twice a year, was tested during World War I and World War II before it became widely adopted in most Western countries by the mid-1960s. In the U.S., many individual states stuck with the "fall back, spring forward" approach prior to the passage of the Uniform Time Act in 1966, which smoothed out the nation's unwieldy patchwork of time zones.

Large parts of the world — including most of Asia, Africa and South America — either never observed daylight saving time or abandoned it. Countries near the equator have smaller variation in daylight than those close to the poles, making shifts in the clock less meaningful to them.

Benefits conventionally associated with daylight saving time, such as reduced energy consumption and putative advantages in agriculture, have been in perennial dispute for decades and are often downplayed when making the case to ditch clock changes. They certainly are no longer seen as reasons to keep changing the clocks.

The primary motivation for permanent daylight saving time, as the Senate bill's backers put it, is simply to increase sunlight during the hours when most people are active.

"It's really straightforward. Cutting back on the sun during the fall and winter is a drain on the American people and does little to nothing to help them," wrote the bill's bipartisan co-sponsors, Sen. Marco Rubio, R-Florida, and Sen. Ed Markey, D-Massachusetts.

The bill's supporters view permanent daylight saving time as a way to prevent adverse health events, such as heart attacks and car crashes, that tend to increase in the weeks after clocks spring forward. Proponents also argue the change would promote public safety by potentially reducing crime and minimizing car crashes during afternoon commutes.

But the unavoidable tradeoff with daylight saving time, which currently runs eight months from March to November, is that it results in starkly delayed sunrises and darker mornings in the fall and winter months.

Around the winter solstice in December, many areas would not see the sun rise until after 8 a.m. Cities at the western edges of time zones, such as Detroit and Indianapolis, would have some sunrises after 9 a.m. in December and January.

Under permanent daylight saving time, school children and people with early work shifts will start the day in the dark, potentially shifting certain safety concerns to the beginning of the day at a time of year when large parts of the country face treacherous winter weather. After a bad night's sleep, that's far from ideal.

When the U.S. last attempted a permanent switch to daylight saving time in 1973, an effort to cut back on oil consumption during the OPEC embargo, the move lasted less than two years. A spike in pre-dawn car crashes turned the public against the change and the U.S. returned to the biannual model.

Advocates of later school start times, which are increasingly being adopted in the U.S., also could see the advantages of these changes wiped out by the disproportionate impact daylight saving time has on the development of children and teenagers.

Sleep health experts fear that permanent daylight saving time could upset the biological clock in fundamental ways, disrupting everything from the rest we get to our metabolism, heart health and mental health.

"With daylight saving time, we are perpetually out of synchronization with our internal clocks and we often achieve less nighttime sleep, both circumstances having negative health impacts," David Neubauer, an associate professor of psychiatry and behavioral sciences at Johns Hopkins University, told the Washington Post. "Extra evening light suppresses the melatonin that should be preparing us for falling asleep. The later dawn during daylight saving time deprives our biological clocks of the critical light signal."

The human circadian rhythm, an internal clock developed over millennia, is linked to the sun's natural clock rather than the social clock we use to determine how we work, schedule events and send our kids to school. Standard time is in closer alignment with the path of the sun, which reaches its highest point at noon in standard time.

Lack of data makes it difficult to study the long-term effects of a permanent switch to daylight saving time, but some researchers believe the chance of poor health outcomes is indicative among people who live on the western edges of timezones, where sunrises and sunsets already occur later than along the eastern edges.

A 2017 study led by cancer epidemiologists found that men on the western edges of timezones had a higher risk of cancers of the stomach, liver and prostate, in addition to non-Hodgkin lymphoma. Women in these areas showed an elevated risk of breast, lung, esophageal and colorectal cancers. Both men and women had higher rates of chronic lymphocytic leukemia.

Disruptions to circadian rhythm impact people on a cellular level in subtle ways, creating consequences that often stem from a combination of lost sleep and reduced light exposure. It's one of the reasons that seasonal affective disorder becomes an annual sap on mood and cognition when clocks turn back for the winter. The problem may have less to do with using standard time than it does with the inherently short days of winter. The lack of light is compounded by the body's adjustment to clocks changing.

Regardless of the direction the clock moves, any action Congress takes to make time uniform will end up affecting people differently based on where they live. Cartographer and blogger Andy Woodruff visualized both scenarios compared to the status quo, showing that the broadest sunlight benefit would naturally come from permanent daylight saving time.

The US Senate voted unanimously on Tuesday to make Daylight Saving Time permanent.

Blogger and cartographer Andy Woodruff visualized what life might look like if we abolished DST, or kept it going all year, in a series of maps. pic.twitter.com/R14Sro1HCt

In a more detailed map, Woodruff demonstrated that the optimal time scheme actually varies greatly. Woodruff used a scoring system that factors in late sunrises and early sunsets over the course of a year. In certain areas of the country, including Philadelphia, this map suggests sticking with clock changes may even be the best approach in pure terms of sunlight — not necessarily health.

JUST IN: Senate approves legislation that would make everything awesome or terrible, depending where you live. https://t.co/6g9lxwP6vh https://t.co/yyWdnCGoaY pic.twitter.com/CGh2cmNRMY

Given that changing clocks is viewed to be generally disruptive to our health, at best, the goal of establishing consistency is likely enough to justify making some kind of change, one way or another.

What concerns AASM and its allies is how swiftly and enthusiastically the Senate moved to pass the Sunshine Protection Act, without conducting a thorough comparison between the impact of daylight saving time and standard time.

A March 9 Congressional hearing held by a subcommittee of the House Committee on Energy and Commerce did consider the two options from the standpoint of circadian science, but AASM believes the Senate's "quick action" did not foster necessary debate.

"We call on the House to take more time to assess the potential ramifications of establishing permanent daylight saving time before making such an important decision that will affect all Americans," the organization said.