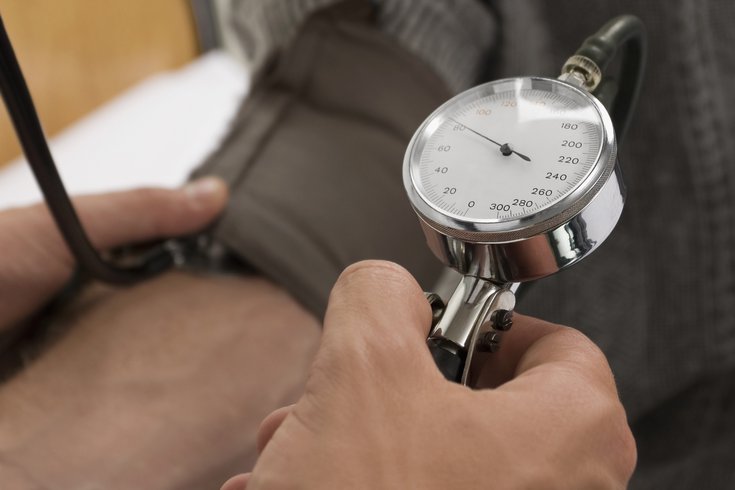 For young adults with hypertension, even a relatively small spike in blood pressure from lying to standing is associated with future major cardiac events, a study finds.

For young adults with hypertension, a spike in blood pressure upon standing could be a warning sign of future cardiac events such as a heart attack or stroke, new findings show.

The data confirmed the hypothesis that a significant increase in blood pressure from lying to standing could be predictive of future health problems. But researchers were surprised that even a relatively small spoke – about 6-7 mm Hg – was associated with future major cardiac events.

"The findings suggest that blood pressure upon standing should be measured in order to tailor treatment for patients with high blood pressure, and potentially, a more aggressive approach to lifestyle changes and blood pressure-lowering therapy may be considered for people with an elevated (hyperreactor) blood pressure response to standing," said Dr. Paolo Palatini, professor of internal medicine at the University of Padova in Italy, and lead study author.

Systolic blood pressure is the maximum pressure the heart exerts while beating and diastolic pressure refers the amount of pressure in the arteries between beats.

None of the study participants were taking blood pressure-lowering medication before the study, and based on their lifestyles and medical histories — no diabetes, kidney impairment or heart disease — they were not considered at high risk for major heart events.

The top 10% of participants with the highest increase in blood pressure upon standing were almost twice as likely to have a major heart event, the data suggests.

Even after the researchers adjusted for the average blood pressure over 24 hours, a spike in standing blood pressure remained a predictor of heart attack, stroke and other major cardiac events.

The patients with the highest increase in blood pressure upon standing averaged an 11.4 mm Hg increase. Other participants had a spike greater than 6.5 mm Hg. There were also some individual who experienced a drop in systolic pressure upon standing. The average decrease was about 3.8 mm Hg.

Overall, there were 105 major heart-related events during the 17-year follow-up. The most common events were heart attack, heart-related chest pain and stroke.