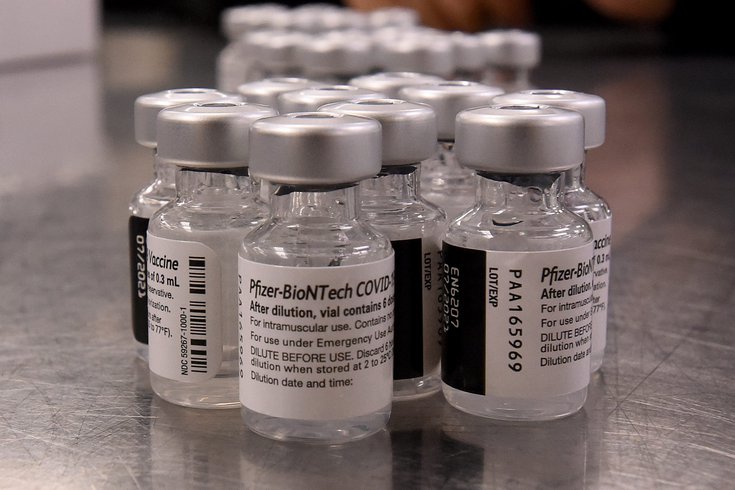 Pfizer says a second COVID-19 booster is necessary because immunity provided by its initial booster shot wanes 3-6 months later. It has requested the FDA authorize a second booster for seniors ages 65 and older.

"Emerging evidence, including data from Kaiser Permanente Southern California, suggests that effectiveness against both symptomatic COVID-19 and severe disease caused by omicron wanes 3 to 6 months after receipt of an initial booster (third) dose," the company said. "Thus, additional booster doses may be needed to ensure individuals remain adequately protected."

This data was not included in Pfizer's submission to the FDA. The request was based on data from two studies conducted in Israel, where a second booster program began in late December. At first, Israel only offered the boosters to health care workers, but eligibility was expanded to include people ages 60 and older and other vulnerable groups.

The first study found people were less likely to become infected or develop severe illness after a second booster of Pfizer's vaccine. The study included 1.1 million people, but was conducted shortly after Israel began administering additional boosters, so data was limited.

A second study of Israeli health care workers found that fourth shots of the Pfizer and Moderna vaccines increased antibody levels, but they did not seem very effective at preventing infections.

Despite this, Pfizer said "both data sets showed evidence that an additional mRNA booster increases immunogenicity and lowers rates of confirmed infections and severe illness."

Neither study has been peer reviewed yet.

According to The New York Times, the FDA's advisory committee will most likely meet next month to discuss whether second booster shots are needed.

Some U.S. residents who are immunocompromised already can receive second booster shots.

A single booster dose is available to people who has completed their initial vaccine series. People who initially received the Pfizer or Moderna vaccine should wait at least five months before receiving a booster. People who received the Johnson & Johnson vaccine only need to wait two months.

Earlier this week, Pfizer CEO Dr. Albert Bourla said the company is working on a new vaccine that can target all variants of the coronavirus. The goal is to create a vaccine that can offer protection for at least a year.