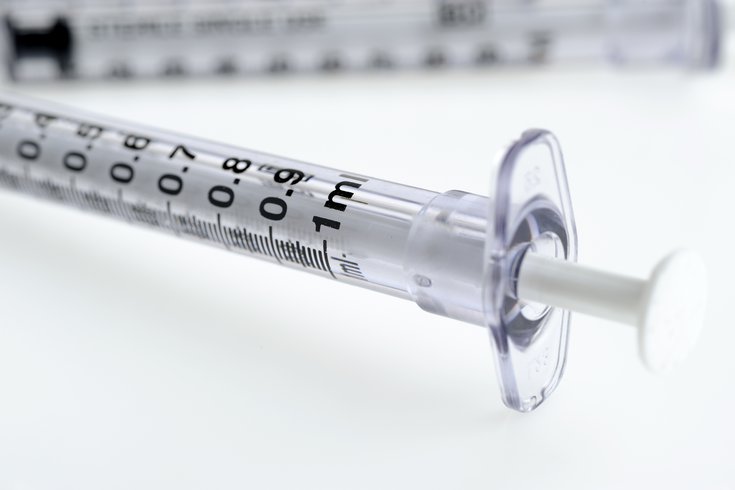 The National Institutes of Health is rolling out a clinical trial to test three HIV vaccine candidates that rely on messenger RNA to create an immune response.

An effective HIV vaccine has evaded scientists for decades, but the groundbreaking technology used in several COVID-19 shots may offer a solution.

The National Institutes of Health is rolling out a clinical trial to test three HIV vaccine candidates that rely on messenger RNA to create an immune response. The nationwide study will enroll up to 108 adults ages 18-55 in eight cities, including Philadelphia.

The Phase 1 study will examine whether the experimental vaccines are safe and can induce immune responses. Each of them were designed to emulate the spike protein that allows HIV to enter human cells. None of the vaccines can cause someone to become infected with the deadly virus.

The vaccines were developed by scientists at Moderna, which successfully produced a coronavirus shot using the same technology, and the Scripps Research Institute in San Diego.

Over the years, there have been several failed attempts to create a vaccine that reduces the chance of contracting the virus that causes AIDS. In August, Johnson & Johnson revealed that its experimental vaccine failed to prevent infections in a clinical trial. In another case, a vaccine candidate actually increased the risk of contracting HIV.

But the use of mRNA technology could prove to be a significant breakthrough in the lengthy search for an HIV vaccine.

"Finding an HIV vaccine has proven to be a daunting scientific challenge," said Dr. Anthony Fauci, director of the National Institute of Allergy and Infectious Disease. "With the success of safe and highly effective COVID-19 vaccines, we have an exciting opportunity to learn whether mRNA technology can achieve similar results against HIV infection."

There are about 1.3 million Americans living with HIV, with an estimated 34,800 new infections occurring in 2019.

In Philadelphia, more than 18,000 people have been diagnosed with HIV, according to the Department of Public Health's latest annual report. About 330 people were newly diagnosed with the virus in 2020.

Penn Medicine's HIV/AIDS Prevention Research Division will serve as the clinical trial's host site in Philly. Recruitment for participants has not begun, but people who are interested can reach out to clinic coordinator Debora Dunbar at (215) 746-3713 or ddunbar@pennmedicine.upenn.edu.

The other sites for the trial are in Pittsburgh, New York City, Boston, Los Angeles, Seattle, Rochester, New York and Birmingham, Alabama.

Study participants will be randomly assigned to one of six groups, each containing 18 people. The first three groups will receive three, 100-microgram shots of their respective vaccines over the course of six months. They will be evaluated two weeks after their initial doses to ensure the vaccine is safe.

If so, the remaining three groups will receive three, 250-microgram shots of their respective vaccines over a six-month stretch.

Safety and immune responses will be studied through blood and lymph node samples taken at various points during the trial.

The study, formally called HVTN 302, is expected to be completed by July 2023, with results published by the following October.

The HIV Vaccine Trials Network is conducting the trial with sponsorship and funding from the NIH's National Institute of Allergy and Infectious Diseases. The U.S. Department of Health and Human Services also is involved in the trial.

Messenger RNA technology was developed by University of Pennsylvania scientists Drew Weissman and Katalin Karikó. It serves as the foundation of the COVID-19 vaccines produced by Moderna and Pfizer.

In 2005, Weissman and Karikó published research demonstrating that mRNA technology could be modified to serve as a therapeutic for infectious diseases and effectively reach its intended targets.

Researchers have been hopeful that mRNA technology can be used for vaccines and treatments for HIV, malaria, cancer and influenza, among other pathogens.

Separately, Temple University scientists have started a clinical trial to test a promising HIV cure that uses the gene-editing tool CRISPR to eradicate the virus from people who are HIV-positive.

The study will be one of the first to attempt to extract HIV-infected DNA from the body. Previous research has shown the therapy's potential through experiments involving human cells and cells of humanized mice.

Finding a cure for HIV has been difficult in part due to the intense, unique way the virus interacts and mutates within human DNA.