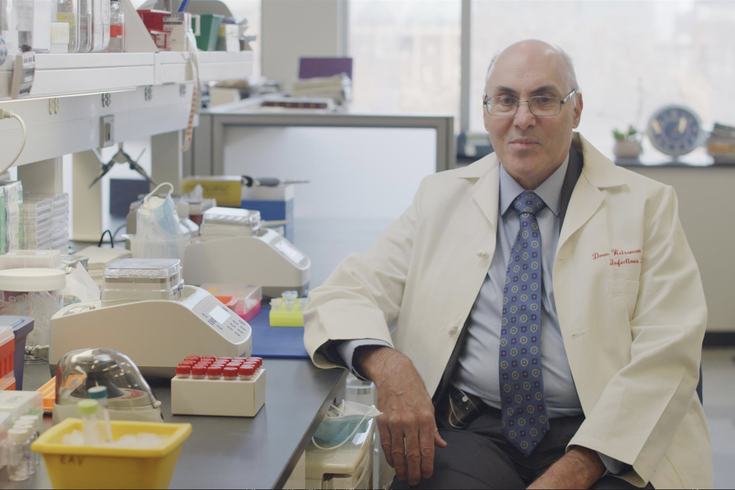 Dr. Drew Weissman, an infectious diseases expert at Penn Medicine, helped identify a critical component of the mRNA technology used in the COVID-19 vaccines developed by Pfizer and Moderna.

From bench to bedside, the process of getting a vaccine to the people who need it is long and arduous – despite what the last year seems to indicate.

No one knows this better than the Penn Medicine researchers who helped create the messenger RNA technology used in the COVID-19 vaccine authorized last week by the U.S. Food and Drug Administration.

The vaccine, developed by Pfizer and BioNTech, is the first vaccine to utilize synthetic mRNA, an approach that uses genetic material to trigger an immune response. Moderna's coronavirus vaccine, still under FDA review, also uses it.

Unfortunately, the general public does not see a lot of the behind the scenes work. And that can impact public perception of the vaccines' safety and effectiveness.

Only 11 months passed from the moment the genetic sequence of the SARS-CoV-2 virus was first identified in early January until the first vaccine was ready to be distributed in the United States.

That rapid pace of development appears to be fueling some hesitancy toward COVID-19 vaccines, according to polls. This has many scientists worried about the community's buy-in.

Dr. Drew Weissman, an infectious disease expert who played an integral role in the development of synthetic mRNA technology, set out Monday to reassure the public that the vaccines are safe and effective – and rely on more than a decade of laboratory research on synthetic mRNA.

Weissman highlighted the science behind the vaccines during a virtual discussion. 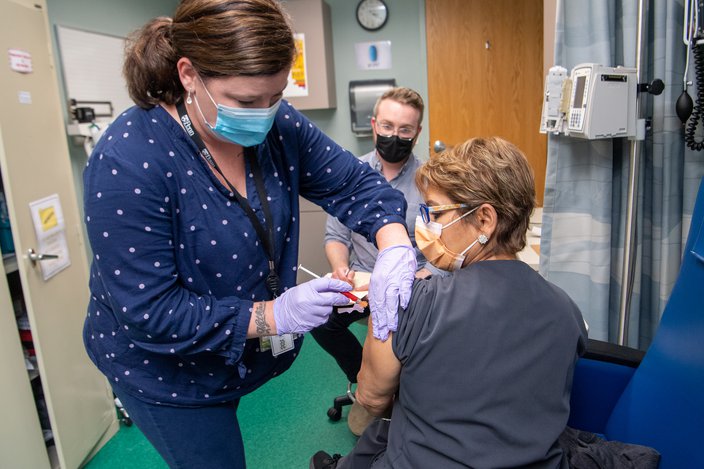 Enelida Gomez, a nurse at the Children's Hospital of Philadelphia, receives a COVID-19 vaccine from nurse practitioner Nicole Kordziel as part of Moderna's clinical trial. The vaccine relies on messenger RNA to spark an immune response against the coronavirus.

Synthetic mRNA is not a new technology, Weissman emphasized. Researchers have been intrigued by its potential for decades – the first time mRNA was injected into an animal for therapeutic purposes occurred in 1990s.

The human body is dependent on millions of proteins. Messenger RNA instructs cells on which proteins to make.

In theory, synthetic mRNA allows scientists to manipulate this process to create any protein, including those necessary for vaccination. But researchers found the body's immune system often destroyed synthetic mRNA before it reach its intended targets – a major hurdle.

In the 1990s, Penn's Katalin Karikó, now a senior vice president at BioNTech, set out to overcome it, working with Weissman. At first, Weissman said, studies found synthetic mRNA caused too much inflammation. But in the early 2000s, they found a workaround.

The body was identifying one of the four molecular building blocks of synthetic mRNA, known as nucleosides, as an intruder. To fix this, they altered the problematic nucleoside in a way that allows synthetic mRNA to slip by the body's defense system.

That finding is critical to the success of Pfizer's and Moderna's COVID-19 vaccines. The synthetic mRNA instructs cells to make copies of the virus's distinctive spike protein, triggering an immune response.

"The addition of lipid nanoparticles protects the RNA from degradation and promotes the translation of the spike protein," Weissman said. "It is also an adjuvant which promotes the immune response by inducing helper cells that drive antibody production.

"They are very safe and well-tolerated. We studied the technology for seven years and immunized many different animals with it."

Lipid nanoparticles also are used in certain drug therapies, including the chemotherapy Doxil, to help the medicine get to its target without creating a lot of side effects.

Going forward, the mRNA technology also could be used in vaccines and therapeutics for other pathogens including malaria, HIV and universal influenza as well as the development of personal cancer vaccines, Weissman said.

He also said it could be used to develop a vaccine that protects against a wide range of coronaviruses – like those that caused the SARS and MERS outbreaks earlier this century.

"I also think we need to consider a pancoronavirus vaccine," he said. "There have been three coronavirus epidemics in the past 20 years and we have to assume there will be more." 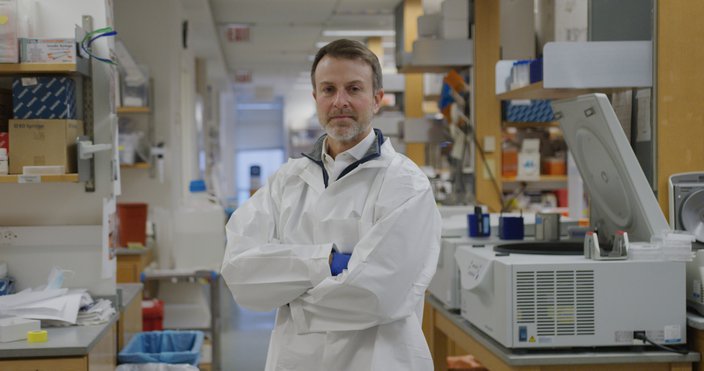 The process of getting a vaccine from the "bench to bedside is emblematic of what work we do here at Penn," E. John Wherry, director of Penn's Institute for Immunology, said during the discussion.

Once the first cases of COVID-19 were confirmed at Penn and other research centers across the country, the mRNA technology was deployed to study the immune response of hospitalized COVID-19 patients.

Researchers studied the patterns of their immune systems' responses to the virus, Wherry said. They ranged from a strong response that caused very little damage to a very weak response that left the patient critically ill.

They also found so-called "flavors" of response. Some patients suffered more cardiovascular damage. For others, the virus mostly manifested as a respiratory illness.

This research helped inform the design of both Pfizer's and Moderna's vaccines and provided a better understanding of the human immune response, he said.

There were no shortcuts taken in the research or development, Weissman added. More than 40,000 people have received the Pfizer vaccine and no long-term side effects have been observed.

There also is not any danger of the mRNA altering DNA and changing a person's genetic code over time, Weissman said.

Clinical trials have confirmed the effectiveness of both Pfizer's and Moderna's vaccines. Moderna has reported that volunteers are still highly protected against the coronavirus 110 days after vaccination. The company expects it will be years before a booster shot is needed.

"The goal is to create high quality neutralizing antibodies, but the two vaccines using the mRNA technology also induce a T cell response – a backup plan for those infected cells who slip past the antibodies," Weissman said.

Weissman and Wherry acknowledged that long-term data is still scarce and that scientists won't know the full long-term effects until there is more follow-up of people who have been vaccinated.

Questions, including whether vaccinated people can still get infected and whether they can transmit the virus to others, still don't have clear answers.

Until those questions are answered, he said people must continue to wear a mask and practice other mitigation strategies.