Who gets it first? How Pennsylvania will distribute COVID-19 vaccines

Health care workers, first responders and people in long-term care facilities among those first in line 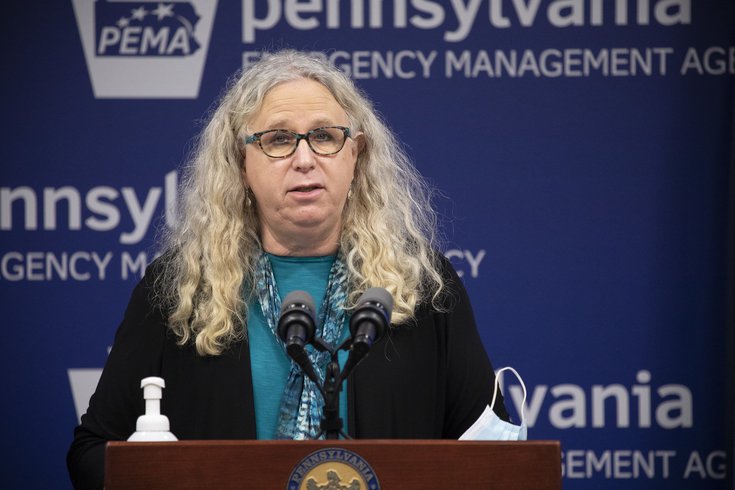 Pennsylvania health officials outlined the way the COVID-19 vaccine will be distributed within the state earlier this week, presenting a phased process that reaches health care workers first.

Now that the Food and Drug Administration authorized Pfizer's COVID-19 vaccine, ending the much-anticipated wait for a vaccine in the United States, the first doses will be shipped to states within the next 24 hours. Pfizer is supplying the U.S. with 100 million doses of the vaccine — enough to vaccinate 50 million people.

Pennsylvania Secretary of Health Rachel Levine testified in front of the U.S. Senate Thursday and released the state's game plan for distributing the vaccine to its 67 counties and 12.8 million residents.

"The introduction of safe and effective COVID-19 vaccines will be a critical tool to combat the rampant viral spread in the United States," Levine said. "However, distributing the COVID-19 vaccine along with administrating it is a herculean effort."

Once the vaccine reaches the state, it will go out in three phases, according to Levine's COVID-19 Interim Vaccination Plan.

Health care workers, first responders, critical workers, people in long-term care facilities and people with high-risk conditions will be the first groups considered for the vaccine during Phase 1. The state anticipates a low supply of doses initially and will start vaccinating these populations first.

Pfizer said it will not supply the U.S. with more doses until next summer, though other vaccine candidates, such as Moderna and AstraZeneca could be approved in the coming weeks.

Next up are critical workers and people with high-risk conditions that were not vaccinated in Phase 1, people with limited access to health care, and people who contribute to society's core functions, like farmers and teachers. The state anticipates receiving a larger number of doses during Phase 2.

Phase 3 will vaccinate the general population and anyone that was not reached in the first two phases. Officials said they will work to reach those with limited access to health care through broad communication efforts.

Levine said the state will work with CVS and Walgreens to vaccinate residents and staff in skilled nursing and assisted living facilities as well.

The state is identifying potential sites for vaccinations, such as Mass Vaccination Clinics, that can vaccinate a large number of people at one time while social distancing.

The coronavirus has already infected more than 15.9 million people in the U.S. and caused more then 295,000 deaths, including at least 6,599 people in the Philadelphia region.

Despite the widespread anticipation that a vaccine could bring back normal life, a significant group of people are not willing to pull up their sleeves just yet. A Gallup poll taken in November showed just 58% of Americans are willing to get the vaccine, though it was conducted before Pfizer and Moderna announced the results of their clinical trials, which found their vaccines to be safe and highly effective.

In a press conference Saturday, the FDA said it will require Pfizer to continue monitoring vaccine recipients for side effects.

It did not issue a recommendation for pregnant and breastfeeding women because the clinical trial did not include sufficient data from those demographics. Instead, officials said women should talk to their health care providers about the risks and benefits of getting the vaccine.

Though two people in the United Kingdom with a known history of allergic reactions to vaccines had an allergic response to the Pfizer vaccine, the FDA noted there were not any such cases in the clinical trial.

The FDA said people with allergies should notify their vaccine provider. Symptoms of the reaction usually present within one minute to one hour after dosage. Vaccination centers will be equipped and ready to treat anyone that experiences an allergic reaction to the vaccine.

Pfizer's vaccine was found to be 95% effective during a clinical trial that included more than 43,000 volunteers. An FDA review confirmed it as being safe and highly effective.

Levine said social distancing and mask wearing during the vaccination process are essential to curb the spread of the virus.

Distribution of the vaccine will be a challenge, as Pfizer's vaccine must be kept at -94 degrees Fahrenheit and stored in specialized freezers. Many hospitals have ultra-cold freezers, but they often use them for other medical purposes, meaning they'll need more storage space, Vox reported.

"The logistics of the vaccine distribution are complicated and the degree of coordination among federal, state and local levels of government required for this enormous undertaking is unprecedented," Levine said.