U.S. regulators could issue an emergency use authorization for the vaccine in the coming days 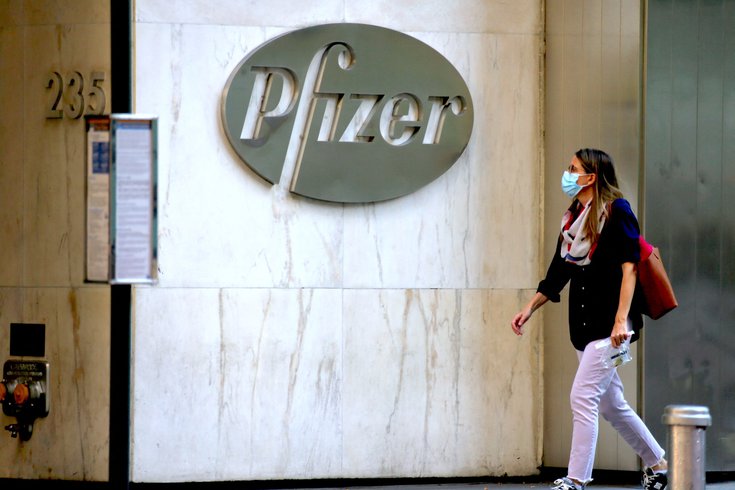 Pfizer, which submitted an emergency use authorization to U.S. regulators last month, began administering doses of its COVID-19 vaccine in the United Kingdom on Tuesday.

The U.S. Food and Drug Administration found Pfizer's coronavirus vaccine to be safe and highly effective in an initial review of data submitted by the pharmaceutical company, another sign that an emergency use authorization could be on the horizon.

The FDA released its findings in a 53-page document Tuesday, two days before an advisory committee of outside medical experts will debate whether to recommend authorization.

The FDA review found the vaccine to be especially effective among older adults, the Associated Press reported.

Only three study volunteers ages 55 or older contracted COVID-19 after receiving the vaccine. By contrast, there were 48 infections among placebo recipients in that age demographic. Five participants ages 75 or older became infected – all of them received the placebo.

Overall, the vaccine has a 95% efficacy rating. The 44,000-person study experienced 170 COVID-19 cases, but only eight of them were among the participants who received the vaccine.

There were four severe cases, but only one of them had received the vaccine. That person temporarily experienced low oxygen levels, but did not require hospitalization.

The vaccine’s main side effects – injection-site pain and flu-like symptoms – tended to last for up to two days and occurred most frequently after the second dose.

More than half of adults under the age of 55 experienced fatigue or headaches, roughly one-third had chills and muscle pain, and 16% had a fever. Older adults were less likely to experience any of those side effects.

Less than 5% of study volunteers experienced severe side effects. There have been no serious reactions among the 37,000-plus participants who have been tracked for two months after their second dose. Most vaccination issues tend to appear during this time period, the FDA said.

Some recipients of the COVID-19 vaccine experienced appendicitis, and three developed a temporary facial paralysis called Bell’s palsy. However, those instances did not occur at higher rates than usual, the FDA said.

The study did not include participants who previously had been diagnosed with COVID-19. Only 3% of the study’s population consisted of people who had contracted the coronavirus and did not know it, according to blood samples taken.

The Vaccines and Related Biological Products Advisory Committee – an independent board of scientists – will assess the FDA's findings Thursday before providing its own recommendation on the vaccine.

If the advisory board gives the vaccine the thumbs up, the FDA could grant an emergency use authorization to Pfizer within days, meaning the first COVID-19 vaccine could be deployed later this month.

An emergency use authorization, which differs from FDA approval, allows people to receive the vaccine while the agency continues to evaluate the data. The full approval process generally takes much longer.

The vaccine, which must be stored at -94 degrees Fahrenheit, uses messenger RNA, a new technology that uses genetic material to trigger an immune response.

Moderna's COVID-19 vaccine, which also will be considered by the FDA for authorization later this month, uses the same technology.