Britain to begin distributing 800,000 doses by next week 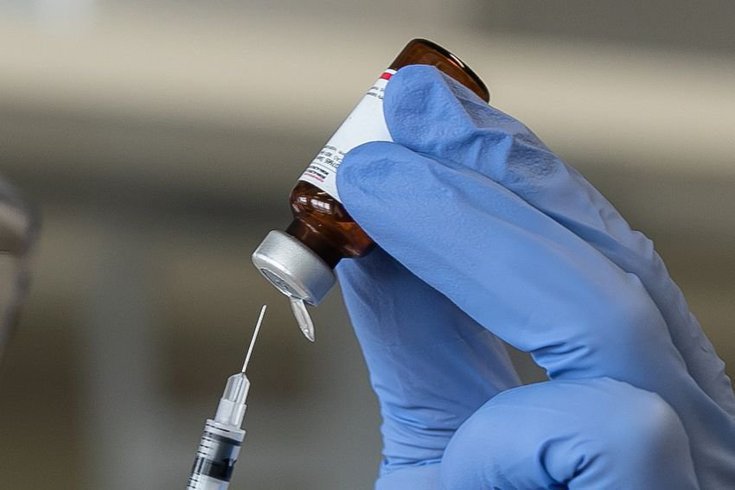 The U.K. became the first country to approve Pfizer's coronavirus vaccine. In the U.S., the FDA has yet to make a decision.

The U.K. beat out the United States in authorizing usage of the vaccine, but Britain's approval could increase pressure on U.S. regulators to approve the vaccine.

Pfizer, based in New York, is awaiting a decision from the U.S. Food and Drug Administration, having filed for emergency use authorization last month. A hearing is set for Dec. 10.

In Britain, health care workers will begin administering the first 800,000 doses by next week in mass vaccinations centers set up by the country's military, the New York Times reported.

"Help is on the way with this vaccine — and we can now say that with certainty, rather than with all the caveats," British health secretary Matt Hancock told the newspaper.

COVID-19 has killed more than 1.4 million people worldwide, including 270,000 people in the U.S. It has disrupted life in unprecedented ways and pushed the global economy into a recession. Distributing and administering a coronavirus vaccine has long been seen as the most vital step in getting back to life as we knew it.

Pfizer and BioNTech, a German biotech company that helped develop the vaccine, hailed the authorization as a historic moment. Only China and Russia have approved coronavirus vaccines – but they did so without the results of large-scale efficacy testing.

"The emergency use authorization in the U.K. will mark the first time citizens outside of the trials will have the opportunity to be immunized against COVID-19," BioNTech CEO Dr. Ugar Sahin said in a news release. "We believe that the rollout of the vaccination program in the U.K. will reduce the number of people in the high-risk population being hospitalized."

U.S. regulators are already under fire for being slow to approve the vaccine for usage. FDA Commissioner Stephen Hahn was summoned to the White House earlier this week to explain why the approval process has taken so long.

Moderna also has applied for an emergency use authorization from the FDA for its COVID-19 vaccine.

Pfizer estimates it can produce up to 50 million doses this year, half of which would go to the United States. Each person needs two doses given one month apart, meaning 25 million people worldwide could start the vaccination process by the end of 2020. Another 1.3 billion doses will be available by the end of 2021, Pfizer said.

The two-shot vaccine was found to be 95% effective in late-stage clinical trials. There were no serious safety concerns.

The vaccine uses messenger RNA technology, a new approach that uses genetic material to trigger immune antibodies and create proteins that ward off infections. But it must be stored and transported at -94 degrees Fahrenheit, creating potential distribution challenges.

Britain has one of the highest per-capita death rates in Europe — nearly 60,000 people have died from COVID-19, and hundreds more are reported each day, according to The Guardian. The country's Medicines and Healthcare Products Regulatory Agency fast-tracked Pfizer vaccine's review in hopes of mitigating deaths.

Though a U.K. advisory board deemed nursing home residents the top priority for receiving the shot, the National Health Service staff might get it first to limit travel and keep it cold, according to the New York Times.

The U.K. has pre-ordered 40 million doses of the vaccine, along with additional doses of a vaccine developed by AstraZeneca and the University of Oxford. That vaccine, which uses a weakened cold virus to generate an immune response, is both cheaper and easier to store.

Pfizer also has applied for approval with the European Medicines Agency. The European Union's regulatory agency is set to make a decision about the vaccine later in December.