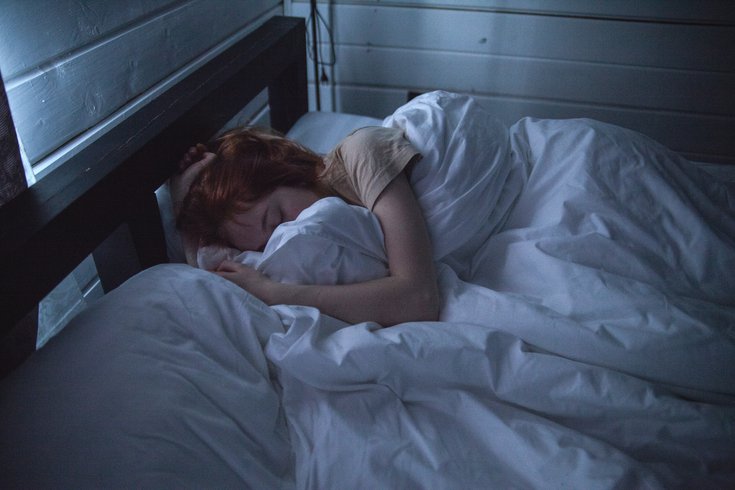 Could vibration be a resource in helping people sleep more fully and restoratively? Jefferson researchers are studying fruit flies to map out the neural mechanisms that explain why they respond to vibration-induced sleep.

Fruit flies respond to gentle vibration as a mechanism for falling asleep, and insights from their behavior could be a pathway to developing aids for humans, according to researchers at Thomas Jefferson University in Philadelphia.

The new study demonstrates that fruit flies become habituated to falling asleep — and sleeping more soundly — with exposure to vibration.

"Babies like to be rocked to sleep, but the neural mechanisms underlying this well-known phenomenon remain largely a mystery," said Kyunghee Koh, associate professor of neuroscience at Jefferson's Synaptic Biology Center. “We wanted to establish the fruit fly as a model system to study the mechanisms of sleep induction via vibration."

The study, published in Cell Reports, found that fruit flies were so lulled by vibration that they became less responsive to light pulses that would otherwise wake them. The flies also appeared more wakeful and well-rested after vibration-induced sleep, indicating that they develop a "sleep credit" that enables them to function better with less sleep moving forward.

Koh's group found that genetic factors played into the effectiveness of vibration on the flies' sleep health. Frequency and amplitude of vibration also impacted how well the flies slept and how much they benefited. Multiple sensory organs appear to be involved in the process of putting the flies to sleep.

Notably, the study found that exposure to vibration initially made the flies more active, but they gradually fell into a deeper slumber. Repeated exposure improved their ability to sleep.

"Flies learn over time that vibration is not threatening, which lowers their reaction to stimulation that would otherwise make them alert," Koh said. "Suppression of alertness appears necessary for vibration-induced sleep because mutant flies with increased dopamine levels that make them more alert do not fall asleep with vibration."

Although it's not yet clear how directly this research may translate to humans, Koh believes that it could shine a light on how to develop and optimize sensory stimulation as a sleep aid for humans.

"Our findings suggest it would be worthwhile to personalize the stimulus parameters for each individual over several sessions," Koh said.

As a next step, researchers plan to examine the underlying neural mechanisms of vibration-induced sleep in fruit flies. They hope to identify specific neurons in the fly brain involved in the process and determine whether vibration-induced sleep functions like normal sleep to enhance memory and longevity. They'll also study whether repetitive stimulation of other senses, such as sight and smell, can also induce sleep.

The research was supported by grants from the National Institutes of Health, a predoctoral fellowship from the Portuguese Foundation for Science and Technology and funds from Jefferson Synaptic Biology Center. It was conducted by Jefferson's Vicki and Jack Farber Institute for Neurosciences.