AstraZeneca may add a third vaccine to arsenal against COVID-19

New data shows its coronavirus shot is safe and moderately effective, but some critical questions remain 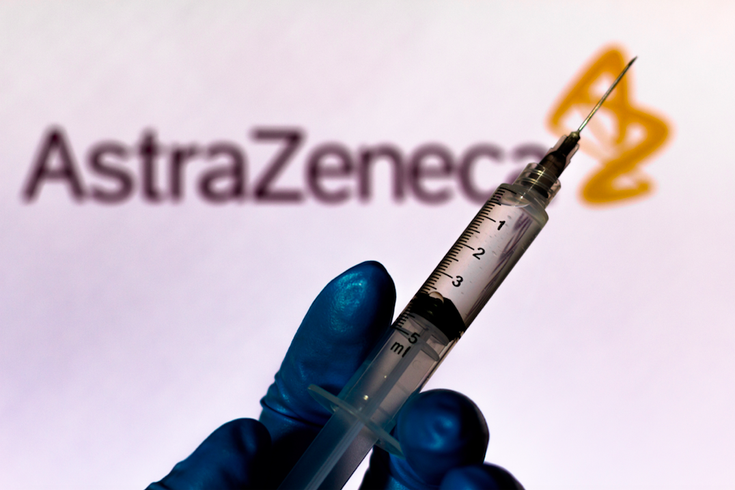 Vaccine data released Tuesday by AstraZeneca and the University of Oxford offers hope that the world may soon have multiple COVID-19 vaccines available.

The U.S. is anticipating the authorization of two COVID-19 vaccine in the days to come – one from Pfizer, the other from Moderna. But more vaccines could be on the way.

AstraZeneca and the University of Oxford released data from their coronavirus vaccine trials Tuesday, offering hope that the world soon may have an arsenal of vaccines to help bring the pandemic under control.

Health officials have stressed that multiple vaccines may be needed to account for variations in effectiveness and the ability to protect different populations. It is not a case where a single vaccine will be crowned the winner of the race.

"There are seven billion people in the world, so we need multiple vaccines to be successful. This is not a race of one developer against another developer — this is a global collaborative effort," Dr. Daniel Barouch, director of the Center for Virology and Vaccine Research at Beth Israel Deaconess Medical Center in Boston said earlier this year.

The new data on the AstraZeneca vaccine, published Tuesday in The Lancet, shows the vaccine is safe and effective at preventing symptomatic COVID-19 cases. It also protects against severe disease and hospitalization.

The vaccine's 70% efficacy rate is based on an interim analysis of 11,636 participants in the United Kingdom and Brazil. The company also has other ongoing trials, including one in the United States.

The vaccine, like those developed by Pfizer and Moderna, is designed to be administered in two doses. The researchers reported no severe cases or hospitalizations more than 21 days after the first dose.

The data also confirmed that the vaccine candidate is well-tolerated and safe in diverse populations. No serious safety events related to the vaccine were reported.

Though the vaccine's efficacy rate was lower than those developed by Pfizer and Moderna, it offers some advantages.

One of the less expensive candidates, the AstraZeneca vaccine costs $2 or $3 a dose. It also is easier to manufacture, transport and store because it can be stored for long periods of time at normal refrigerator temperatures.

While this is more good news on the vaccine front, a closer look at the data showed that there are still some unanswered questions.

The 70% efficacy rate was based on a pooling of data. When the vaccine was administered in two standard doses, it was 62.1% effective at preventing symptomatic COVID-19. But when participants received a low dose followed by a standard dose, the efficacy rating was 90%.

The latter regimen was an unexpected variation due to a manufacturing error and has led to questions about which dosing regimen is most effective.

It also is not clear whether the vaccine will be effective in older adults, one of the most vulnerable populations to the coronavirus. Only 12% of participants in the trials were over age 55 and only 4% were over 70.

And none of the participants who received the low dose and then the standard dose – the regimen that produced the best results – were over age 55.

Medical experts said that further research is needed to answer these questions, but they deemed the results promising.

"Despite the outstanding questions and challenges in delivering these vaccines, it is hard not to be excited about these findings and the existence of three safe and efficacious COVID-19 vaccines, with a further 55 already in clinical trials," Maria Deloria Knoll and Chizoba Wonodi, both of Johns Hopkins University, wrote in a Lancet commentary.

"With a range of manufacturers, a very large global investment in production, and cooperation in procurement and distribution, it seems likely that 2021 will see COVID-19 vaccines made available to all countries in the world — at least for their priority groups. Perhaps by this time next year, we can celebrate the global control of SARS-CoV-2, in person."

AstraZeneca CEO Pascal Soriot said that the company has begun submitting data to regulatory authorities around the world for early approval.

Because the ongoing 30,000-person trial in the U.S. is not expected to report results until late January or early February, Moncef Slaoui, chief science adviser for Operation Warp Speed, estimated the AstraZeneca vaccine might be available in the U.S. at the end of February.

AstraZeneca and the University of Oxford are the first vaccine developers to publish Phase 3 data for a COVID-19 vaccine in a medical journal.