Ivermectin not effective as a treatment for COVID-19, study finds

The antiparasitic drug shouldn't be prescribed to patients who have the disease, researchers say 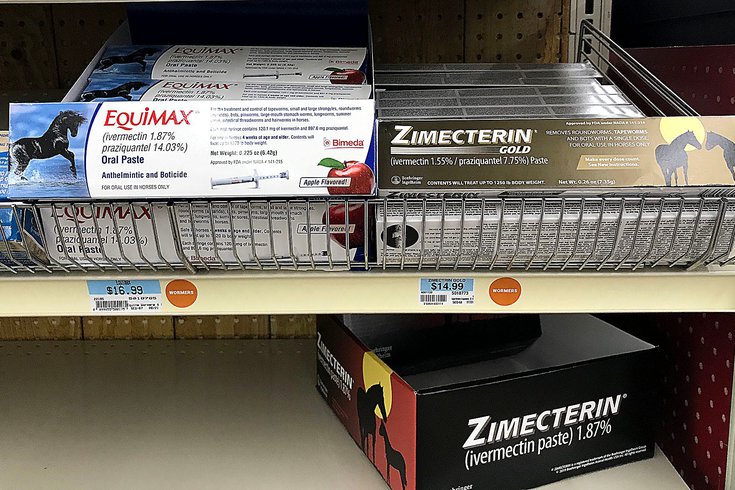 Two varieties of ivermectin for horses. New research out of Malaysia found the human version of the drug, which has long been prescribed as an FDA-approved anti-parasitic, is not helpful in treating patients with COVID-19.

Treating high-risk patients who have a mild to moderate COVID-19 infection with ivermectin during the early stages of illness does not prevent the progression to severe disease, according to new data.

While vaccines and other forms of medical intervention have been highly effective at preventing and treating COVID-19, there still exists a global need for more therapeutics. Due to ivermectin's wide availability, researchers from several hospitals in Malaysia conducted the study to determine its efficacy in treating severe disease.

Ivermectin is an inexpensive antiparasitic that is approved by the U.S. Food and Drug Administration for human use to treat infections caused by parasitic worms. It is also used as a topical to treat head lice and certain skin conditions like rosacea – which causes visible blood vessels in the face and small, pus-filled bumps.

However, ivermectin has not been approved by the U.S. Food and Drug Administration to prevent or treat COVID-19. The agency says that the data available does not show the drug to be effective, and that taking it could be dangerous. Large doses could lead to an overdose and cause allergic reactions, diarrhea, vomiting and seizures.

Over the course of the pandemic, ivermectin gained popularity due to some social media personalities, doctors and organizations promoting the drug as a way to treat COVID-19.

These claims led many to seek out the drug, and prescriptions surged 25 times over in August, from 3,600 per week to over 88,000. Leading experts in the medical field came out to condemn those spreading misinformation about ivermectin and urged people not to take it.

Ivermectin is also commonly prescribed by veterinarians, but the version given to animals is highly concentrated and can be toxic for humans. Amid the surge in demand for the drug during last summer, there was an uptick in cases of people using the animal version.

Calls to poison control centers for ivermectin poisoning rose and the Centers for Disease Control and Prevention reported that at least two adults needed to be hospitalized.

The study included 490 participants from 20 hospitals and a quarantine center in Malaysia. Patients were all age 50 or older, had a laboratory confirmed case of mild to moderate COVID-19 and had at least one comorbidity, like high blood pressure or diabetes.

Three patients in the ivermectin group and 10 in the control group died.

The researchers said a 50% reduction in the number of patients who became seriously ill, or a 9% difference in outcomes between the two groups, would have been required to prove ivermectin's efficacy as a treatment for COVID-19.