Some photos of Bob Saget's death won't be made public, Florida judge rules 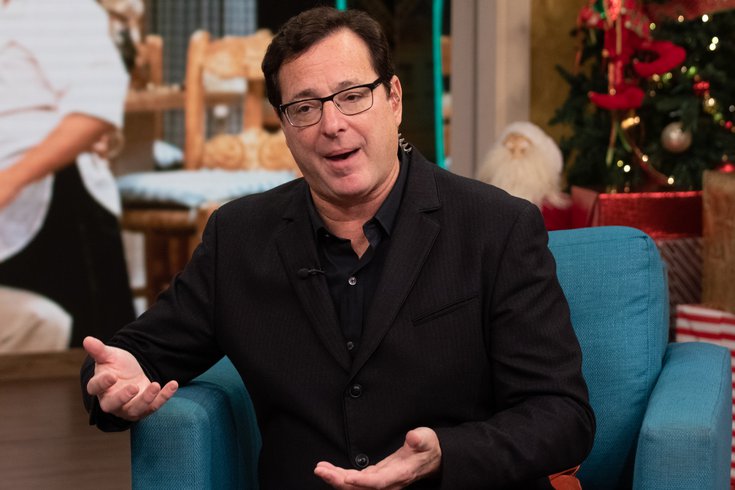 A cache of photos, videos, audio recordings and other records gathered during an investigation into Bob Saget's death will remain private, a Florida judge ruled Monday.

Florida authorities will not be permitted to release a cache of photographs, videos and audio recordings taken during the investigation into the death of Bob Saget.

However, 57 photos depicting the Ritz-Carlton Orlando, Grande Lakes hotel or Saget's room without items can be released to the public. So can body camera footage filmed outside Saget's room and a redacted investigative report.

"I want to commend everybody involved here because this could have been very messy," Chiu said after his ruling. "... I think what we've done here, what the parties have done here is strike a very delicate and necessary balance."

"The entire Saget family is grateful that the judge granted their request for an injunction to preserve Bob's dignity, as well as their privacy rights, especially after suffering this unexpected and tragic loss," Bieber said in a statement to CNN. "We are pleased this issue has been resolved, and the healing process can continue to move forward. All of the prayers and well wishes continuously extended to the family are beyond appreciated."

Saget's wife, Kelly Rizzo, and his daughters Aubrey, Lara Melanie and Jennifer Belle Saget, all from a previous marriage, filed a lawsuit in February petitioning that some details regarding his death remain confidential.

The family argued that graphic photos, videos, audio recordings and other autopsy information obtained by local authorities during the investigation should not be disclosed due to the way the findings may portray him.

Publishing these records would cause "irreparable harm in the form of extreme mental pain, anguish and emotional distress" for Saget's family, the lawsuit read.

The Orange County Sheriff's Office said at the time that it remained committed to transparency and the law, despite the Saget family's privacy concerns.

The Saget family had argued that records from the death investigation and autopsy are exempt from public disclosure under Florida law.

Saget was found dead in his hotel room at the Ritz-Carlton Orlando, Grande Lakes on Jan. 9. He was 65.

The Orange County Medical Examiner's Office performed an autopsy, and an initial report found no evidence of drug use or foul play.

Saget's room was found in order when hotel security went to check on him at the request of his family, who had contacted the hotel after being unable to reach him. His left arm was lying across his chest and his right arm was lying on the bed.

Saget's family said last month that he died of accidental head trauma. The Medical Examiner's investigation determined that Saget accidentally hit the back of his head on something, thought nothing of the blow and went to sleep. Drugs and alcohol were found not to be involved.

The autopsy report found Saget tested positive for COVID-19 and had an enlarged heart that was 95% blocked on one side. The investigation also found the anxiety medication Clonazepam and antidepressant Trazodone in his system.

The Orange County Sheriff's Office recently completed its own investigation into Saget's death and issued a final report, CNN reported. However, many of its findings will remain confidential under Chiu's court order.

Saget had just kicked off a new stand-up comedy tour in Florida. The tour included a March date at the Keswick Theater in Glenside, Montgomery County, just minutes away from where Saget grew up. The theater had become a frequent stop on Saget's stand-up comedy tours in recent years.

The comedian was beloved for his role as Danny Tanner on "Full House" and as the one-time host of "America's Funniest Home Videos." He also was known for a raunchy stand-up routine that contrasted with the fatherly figure he portrayed on TV.