With Del Zotto signed, Voracek extension next for Flyers 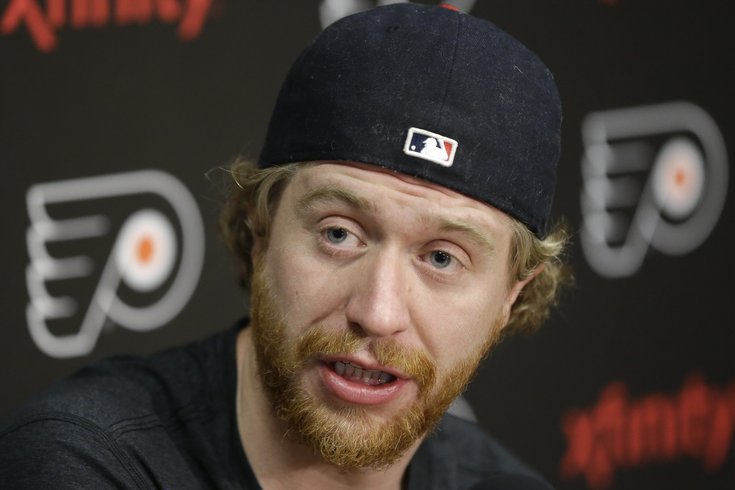 Signing this guy is key for the Flyers.

It has been a while since we’ve focused on the Flyers, who are a little less than seven weeks away from opening up training camp under new coach Dave Hakstol. And there are a couple of topics I wanted to quickly touch on while nothing else is going on in the offseason.

It’s safe to say that most observers, both locally and around the league, believe Ron Hextall had a productive summer so far. It’s not so much that the Flyers find themselves as contenders after their general manager’s wheeling and dealing, but they’re just a healthier organization both in the farm system and on the books.

This bodes well for the future. It might not seem like much, but here was what Hextall said back in April before he had even fired Craig Berube:

"Our goal next year is to make the playoffs. I’ve said this, I’ll say it now, and say it again: If we can do something with our personnel to be better in October, we will do it without question, assuming it’s not sacrificing our future.  We’re not going to trade young players. We’re not going to trade pick as a rule.  But if we can do something [via] free agent, trade, [or] something along those lines, we will absolutely do it.”

While it remains to be seen if the Flyers can make a run at the playoffs, Hextall hasn’t done any harm to the organization’s future. Two years with an AAV of $3.875 million might seem like a little too much money for Del Zotto, but the key here is the term. The Flyers now have Del Zotto, Mark Streit, and Nick Schultz signed for two more years. Think of that period as the bridge to most of the young defenseman in the pipeline, as Andrew MacDonald (who still somehow has *five* years left on his deal) is the only blueliner signed through 2017-18.

The Flyers are less than $1 million under the cap. Hextall will have some more cap maintenance to do over the next few years — Look no further than MacDonald’s contract as evidence of that — but it seems like a plan is in motion here.

Hextall has made a lot of important moves this summer, but locking up his star right winger before the season might top the list. It’s the type of move that will have major implications on the franchise moving forward. On that front, there is still work to do.

The guys over at Broad Street Hockey did a nice job describing why Jakub Voracek is going to command a lot of money. In fact, when you look at how good he has been on his current four-year, $17 million contract, the first thought that comes to mind is the Flyers wasted such excellent production by missing the playoffs two of the last three seasons.

One thing is for sure: Ron Hextall does not want his former Flyers teammate and Voracek’s agent Petr Svoboda to test the waters of unrestricted free agency next summer. That means getting something done before the season, and preferably, in the next seven weeks before training camp starts.