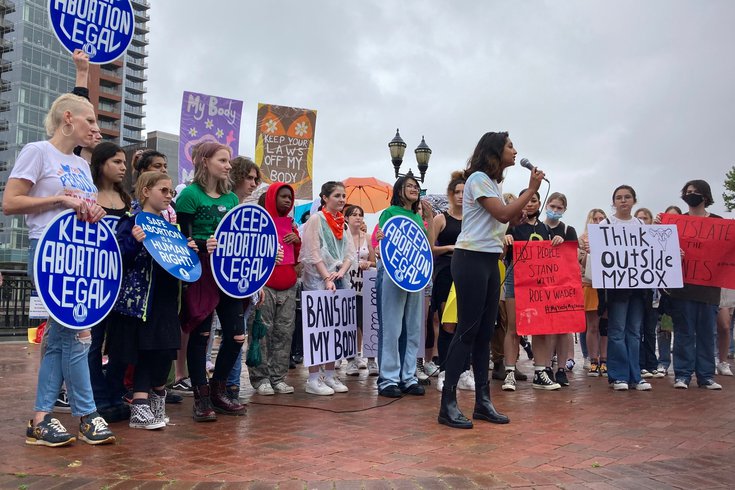 Delaware's new abortion helpline will aid anyone from any state who is seeking legal advice or reproductive health care resources. The helpline can be accessed by calling (302) 992-8096 or toll-free at (877) 312-2366.

The toll-free helpline offers "know your rights" guidance and referrals to abortion providers throughout Delaware. The line's team of professional lawyers are managed by the Department of Justice. Questions and referrals are jointly handled by the DOJ and the ACLU of Delaware.

The helpline can be accessed by calling (302) 992-8096 or toll-free at (877) 312-2366. Legal questions will be answered on a pro bono basis by partnering law firms, and support referrals will be made to organizations like Planned Parenthood and First State Abortion Fund.

Abortion remains legal in Delaware despite the U.S. Supreme Court's decision to overturn Roe v. Wade on June 24, which eliminated the federal protection for abortion throughout the country. In 2017, the state updated its legal code to permit "the termination of pregnancy prior to viability, to protect the life or health of the mother, or in the event of a serious fetal abnormality."

"Abortion is legal in Delaware, but millions of women in our sister states face legal and medical peril because of their states' draconian abortion laws," said Jennings in a release. "Our Abortion Legal Helpline is 100% free, completely confidential, and ready to help anyone — be they residents of our state, visitors, or providers."

Since the Supreme Court issued its ruling in Dobbs v. Jackson, state legislatures throughout the country have sought to impose heavy restrictions or complete bans on the procedure. As of Aug. 11, The New York Times reports that abortion is now banned in at least 10 states.

At least three more bans are expected in the coming weeks, while others remain hanging in the balance. Abortion rights advocates have sued to block potential bans in places like Arizona, Utah, West Virginia, Wyoming and North Dakota.

Though Delaware has retained its abortion rights, the state has not advertised itself as a "safe haven" for abortions in the same way that New Jersey has in recent months.

Abortion is still legal in Pennsylvania, though the upcoming gubernatorial election in November has rights advocates concerned.

Democratic candidate Josh Shapiro said he will follow in the footsteps of Gov. Tom Wolf and veto any abortion legislation that crosses his desk. However, Republican candidate Doug Mastriano has introduced a six-week ban on abortion in the state legislature, and said he would seek to ban the procedure entirely – with no exceptions for rape or incest.

"Since the U.S. Supreme Court's unprecedented and dangerous decision to overturn nearly five decades of court precedent, many people across the nation have wondered what the legal status of abortion is," said Mike Brickner, executive director of the ACLU of Delaware. "Today, we deliver a simple message for Delawareans and anyone seeking abortion care: abortion is legal here and the legal community has your back."

Similar to New Jersey's recent laws on abortion, Delaware has limited extradition and protected medical records of people receiving abortions in the state.

Ruth Lytle-Barnaby, director of Planned Parenthood Delaware, told Delaware Online that the state has received a major influx of out-of-state abortion seekers since Roe v. Wade was overturned. She said that Planned Parenthood is working to add more staff so the state can provide as much care to residents and visitors as possible.

Delaware Online also reported that in 2019, Delaware had the second-highest percentage of nonresidents receiving abortions among other East Coast states that report that data. It trailed Vermont, which had the highest percentage.

Callers can contact the helpline by phone or send questions through the helpline's website. To ensure anonymity, callers will be asked to leave a message with their question, a callback number and instructions on how they would prefer to be contacted.