Democrats have begun campaigning on the ruling, and polls show that women could tilt governor and U.S. Senate races 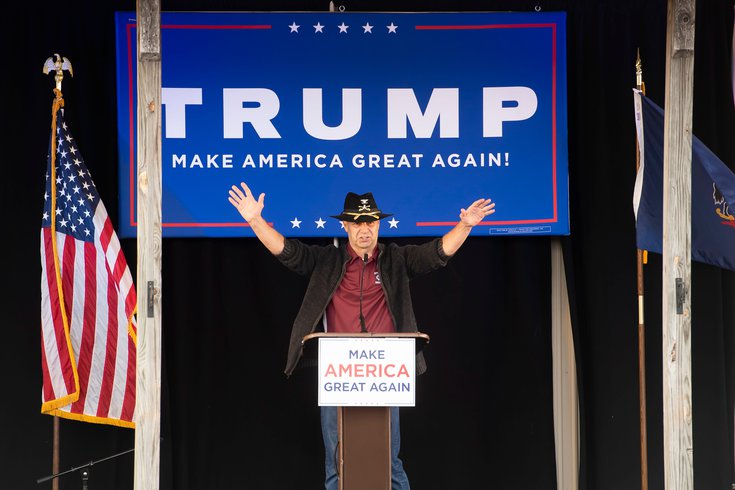 The Supreme Court's decision to overturn Roe v. Wade, returning the question of abortion rights to states, will generate a new level of urgency in elections across the United States for years to come. A legal right that has been federally protected for nearly 50 years is now subject to more far-reaching legislative efforts at the state level to restrict reproductive autonomy.

Led by the Supreme Court's conservative majority, the 6-3 decision in the case of Dobbs v. Jackson Women's Health Organization had been anticipated since a draft opinion was leaked in May. But the anger and disappointment on Friday among advocates for reproductive freedom is a sign of how powerful a force the issue will be among voters in key November elections.

In Philadelphia, a protest planned Friday night outside City Hall will be among dozens held in cities and towns where abortion rights are a pillar of political engagement.

Pennsylvania's abortion laws are not immediately impacted by the Supreme Court's decision, but the outcomes of the state's races for governor and U.S. Senate will be pivotal to the future of abortion access.

In the governor's race, Republican state Sen. Doug Mastriano first proposed a "heartbeat bill" in 2019 that would ban abortion for any woman who has an ultrasound that shows cardiac activity in the embryo. The bill includes no exceptions for rape or incest, and would preempt pregnant women from considering abortions, in some cases, before they even know they are pregnant. A heartbeat can be detected as early as six weeks into pregnancy.

“Roe v. Wade is rightly relegated to the ash heap of history,” Mastriano said Friday. “As the abortion debate returns to the states, Pennsylvania must be prepared to lead the nation in being a voice for the voiceless.”

"Pennsylvanians will not be distracted by the hysterics of the left as they exploit this ruling to try to fulfill their far-left agenda," he added.

Mastriano's opponent, Attorney General Josh Shapiro, tweeted Friday that the November election is now a question of what happens when, not if, legislation moves forward to strip away abortion rights in Pennsylvania.

Our Republican Legislature will send a bill to our next Governor’s desk to ban abortion in Pennsylvania.

Without Roe, the only thing stopping them is the veto pen of our next Governor.

In the race for U.S. Senate, Republican Mehmet Oz, who previously had misgivings about restricting the right to an abortion, has campaigned this year on a "100% pro-life" platform with the endorsement of former President Donald Trump. Oz reaffirmed this position while attempting to steer clear of controversy.

Oz's opponent, Lt. Gov. John Fetterman, tweeted that it would be a priority for him to support legislation in Congress to federally protect abortion rights.

It is unjust. It is wrong. And I’m going to fight it with everything I’ve got.

Send me to the U.S. Senate, and I’d *proudly* vote to codify Roe v. Wade into law.

Early polling in both races suggests women in Pennsylvania could have a decisive impact in November.

A USA Today/Suffolk University poll conducted from June 10-13 found that abortion is a top three issue for women in both the governor and Senate races. Among women, 24% rated abortion the top issue in the Senate race, ahead of the economy and gun control, each with 16%. In the governor's race, 16% of women listed abortion as the top issue, behind only the economy with 24% and gun control with 18%.

The poll's most notable finding is the early difference shown between women's and men's preferences for the candidates in the two races. Women may be a decisive force in both elections, and one of the top three issues they've shared in polls is now at the forefront again decades after Roe v. Wade.

Another recent AARP Pennsylvania poll shows Shapiro with a narrow 49%-46% lead over Mastriano and Fetterman with a 50%-44% lead over Oz. The Democratic candidates hold wider leads among women who responded to the poll.

In 2020, former president Trump lost votes from some Pennsylvania women who had voted for him in 2016, especially white women who grew weary of his administration's COVID-19 pandemic response. But exit polls showed roughly the same percentage of white women in Pennsylvania voted for Trump in 2020 (52%) as they did in 2016, a point Trump sometimes boasted about during his presidency.

Whether this bloc of voters will support the candidates Trump has endorsed in 2022 remains to be seen, but Pennsylvania women played a significant part in President Joe Biden's victory in 2020 and early polls — for what they are worth — show women favoring Democrats by wide margins.

Pennsylvania is among multiple states — notably Wisconsin, Michigan, Kansas, Virginia and Kentucky — where abortion will factor heavily in the November elections. Democrats have already begun campaigning on the abortion ruling, which they expect will be a mobilizing issue, particularly among suburban women.

“Today’s decision dramatically escalates the stakes of the 2022 elections, and we’re making sure Americans have the tools they need to channel their anger into action,” DSCC executive director Christie Roberts told Politico. “This on-the-ground organizing work will help elect Democrats who will fight to protect women’s right to make their own health care decisions and ensure the GOP’s cruel agenda to making abortion illegal and punish women is front and center for voters across the Senate battlegrounds.”