The 39-year-old, who has battled addiction and mental health challenges, says he is without a job and trying to provide for his children 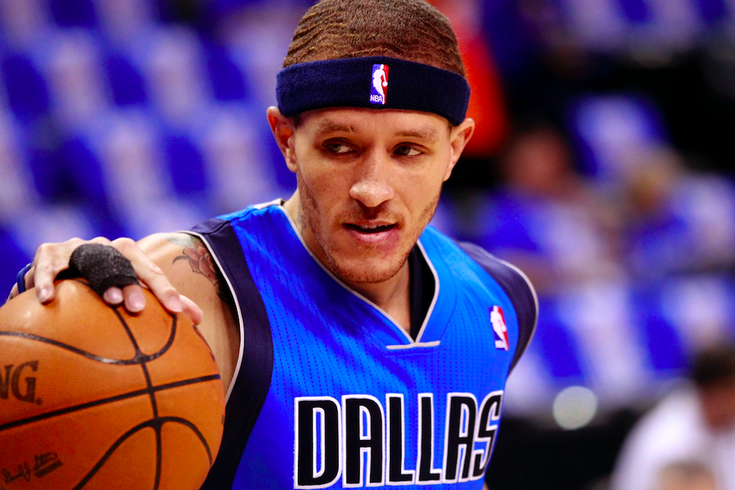 Former NBA player Delonte West has been shown panhandling in several videos posted to social media this summer. He was once a rising star for St. Joseph's University.

When Delonte West left the St. Joseph's University basketball team in 2004 to enter the NBA Draft, it would have been hard to imagine that the promising player would someday be panhandling at gas stations.

West, 39, who has battled bipolar disorder, addiction and homelessness over the years, has been shown begging people for money in several viral videos posted to social media this summer.

In June, he was filmed panhandling, wandering around a convenience store parking lot and answering questions from fans who recognized him on the street.

This week, another fan found West at a Virginia gas station. He took the time to give the young boy some uplifting advice.

The boy's mother was curious about West's hardships. She wanted to know what happened to $16 million he earned during his nine years in the NBA.

"I took care of all my family," he said, noting that he bought homes for many of his relatives and paid for some to go to college. "I stand on my own two (feet) ... I don't expect anything in return."

West was also open when he was interviewed by another fan a few days earlier.

"Sometimes I forget I even play basketball," he said.

TMZ followed this up with an interview in which West addressed the panhandling directly.

"It is what it is," West said. "I got children. I'm in between jobs. People can help me as much as they can, but you know, as a man I gotta do what I gotta do for my babies."

West was a freshman at St. Joe's in 2001. He came from Eleanor Roosevelt High School in Greenbelt, Maryland, near Washington, where he was named the All Met Basketball Player of the Year by the Washington Post.

At St. Joe's, West and Jameer Nelson – a Chester native who was the NCAA's player of the year in 2004 – led one of the best backcourts in college basketball.

West had a stellar junior year in 2004, averaging 18.9 points and 4.7 assists per game. The Hawks had a 30-2 record and made it to the Elite Eight in the NCAA Tournament.

Instead of returning to St. Joe's for his senior year, West chose to enter the draft and was selected by the Boston Celtics in the first round as the 24th pick overall.

Over the course of an nine-year NBA career, he also went on to play for the Seattle Supersonics, Cleveland Cavaliers and Dallas Mavericks. He averaged 9.7 points, 3.6 assists and 2.9 rebounds per game on average.

But West's success on the court early in his career obscured his long-standing mental health issues.

West has said he struggled with mental health issues since he was a teen. In October 2008, he left the Cavaliers' training camp due to a mental health crisis and was diagnosed with bipolar disorder.

In September 2009, he was arrested after he was pulled over for a traffic violation and was found to be in possession of three guns he wasn't licensed to carry. He pleaded guilty and was sentenced to two years of unmonitored probation and 40 hours of community service.

During the NBA lockout In 2011, West reportedly was broke. He applied for a job at Home Depot and ultimately worked at a furniture store since he couldn't play abroad while on probation.

By that point, the best days of West's basketball career were behind him.

His NBA stint ended in October 2012 when the Mavericks suspended him indefinitely after he reportedly got into arguments with teammates following preseason losses. West went on to play in the NBA D-league and professionally in China and Venezuela, but an injury ended his career for good in 2015.

Following his playing career, West was found living homeless in Los Angeles and Washington, where videos in 2020 showed him in an altercation. Nelson and former St. Joe's coach Phil Martelli attempted to help West following the altercation, and Doc Rivers, his coach in Boston, also had sought to help him.

Later in 2020, Mavericks owner Mark Cuban took West under his wing by picking him up at a Texas gas station and paying for him to attend rehab in Florida. Although West stayed clean for a time and got a job at the facility, he was arrested for public intoxication and related charges last year.

Things were looking up this spring when West was included in the draft for rapper Ice Cube's BIG3, a three-on-three league populated mostly by aging NBA veterans. But West was not picked and just a few weeks later he resurfaced in Virginia.