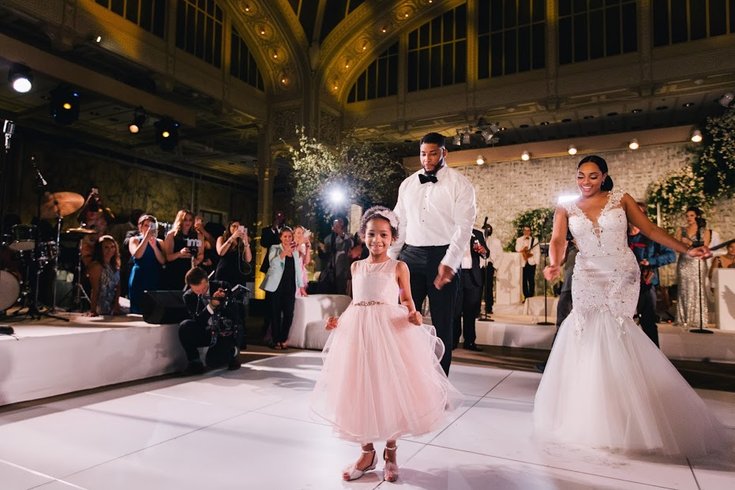 Joseph Line Photography/Courtesy of The Knot

Devon Still delayed his marriage to Asha Joyce when he learned that his daughter Leah had cancer. On Friday, they finally got to celebrate their big day.

Getting married on Friday the 13th may seem like bad luck, but Devon Still's family has survived the worst of luck and come out stronger.

Two years after his wedding was postponed because of his young daughter's brain cancer, the NFL player and Camden native tied the knot with sweetheart Asha Joyce at the New York Public Library.

“When the doctors gave (Leah) a 50/50 chance of surviving, we were not sure that we were ever going to get to that point where I was able to watch her walk down the aisle. Now that we are going into the wedding, I think it’s finally hitting us that we are over that hump. She really beat cancer,” said Still in a statement before the big day.

Leah was officially declared cancer free a year ago, having received treatment at the Children's Hospital of Philadelphia. Shortly after, the wedding resource site The Knot offered to sponsor the Still-Joyce wedding.

Still and Joyce allowed the whole world to participate in the wedding: it was broadcast live on Facebook and fans got to vote on nearly every detail of the wedding in advance, from the dress to the honeymoon site. The thankful couple plastered social media with images from their happy day.

The bride is supposed to be the star of the wedding, but the six-year-old flower girl is the one who stole the show.

"I love my new family," said Leah at a toast for the bride and groom.

Leah even got her own piece of jewelry to complement the wedding rings: a pink bracelet adorned with butterflies, representing her transformation into a new life. 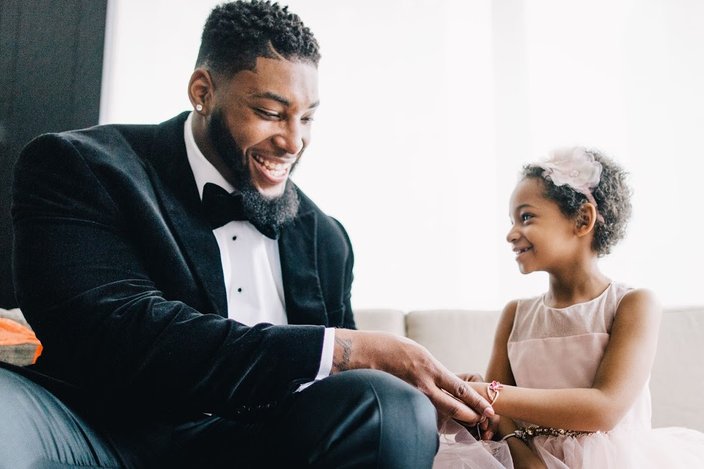 Joseph Lin Photography/Courtesy of The Knot

Six-year-old Leah received a butterfly bracelet for the wedding.

Are you crying now? It's okay. We're all crying.